Arthur “Jerry” Davis was like so many Australian men who volunteered to join the fighting in World War I: driven by a sense of duty, but holding a steady disregard for authority. Jerry was known to have a “curly” or difficult temperament, and had a number of run-ins with the army authorities. Together with his mate Charles Kling, Jerry was charged with desertion after they had gone missing from a working party for three hours. They were both found guilty of the lesser charge of being absent without leave, but were sentenced to one year in prison with hard labour. They served their sentence together in a military prison near Rouen in northern France. When released they rejoined the 49th Battalion. Jerry and Charles died together in a dugout when blown apart by a high explosive shell at Dernancourt in April 1918. 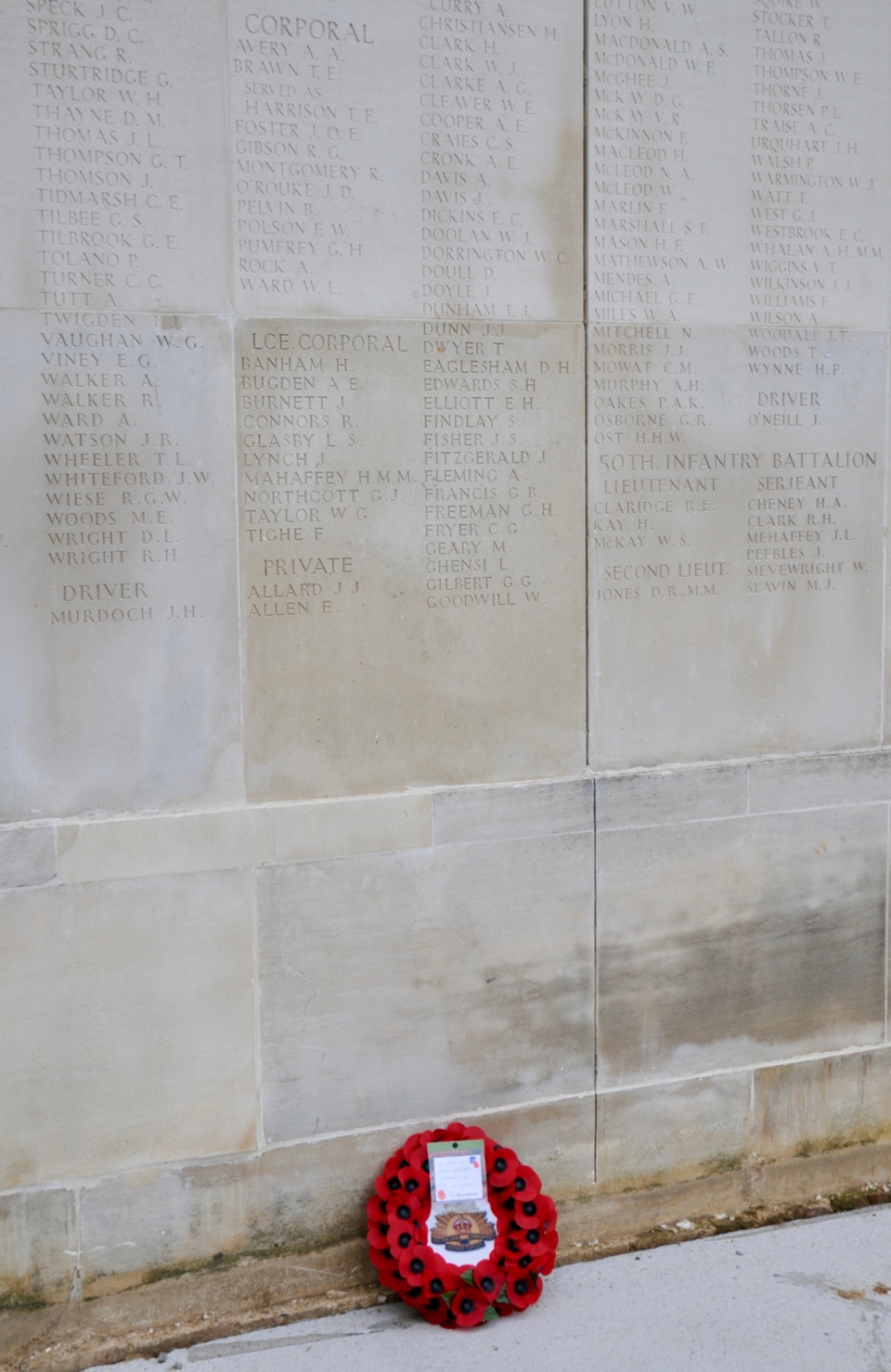 Arthur “Jerry” Davis was born in Stanthorpe, Queensland, according to his service record, but his mother held a different view. Lydia Gertrude “Gertie” Davis, registered his birthplace as the Magdalen Asylum, Brisbane, also known as the Holy Cross Laundry. It provided protection for unmarried mothers and women in need of institutional support.

Jerry was 23 and working as a labourer at Clifton, on the Darling Downs, when he enlisted in Brisbane on 8 June 1915. Jerry told the Attesting Officer that he had once been convicted for using obscene language. He left Sydney on 3 September on active service aboard HMAT Ayrshire.

Together with the other reinforcements, he joined the 9th Battalion Australian Imperial Force (A.I.F.) at Tel-el-Kebir, Egypt, on 22 January 1916. Tel-el-Kebir, about 110km northeast of Cairo, was a training camp for Australian reinforcements and a large prisoner of war camp. Jerry soon fell ill and spent several weeks in hospital with mumps. Upon discharge, he was transferred from the 9th Battalion to the newly formed 49th Battalion which was created during the re-organisation of the Australian Imperial Force that took place in early 1916.

In April, Jerry had his first scrape with the army authorities when he was found guilty of “conduct to the prejudice of good order and military discipline”. He was ordered to undertake 120 hours of Field Punishment No.2, consisting of heavy labouring duties and possibly being restrained in handcuffs.

As part of the 49th Battalion, Jerry left Alexandria, Egypt, on 6 June to join the fighting on the Western Front. Six days later he arrived in Marseilles, France, where he was admitted to hospital with a sprained left knee. His injury was later diagnosed as a displaced cartilage and he was transferred to hospital in England for treatment. Jerry was sent to the Woodcote Park Convalescent Camp in Epsom where he recovered before rejoining the 49th Battalion in France in September.

In February 1917, the 49th Battalion was stationed near Gueudecourt on the Somme. According to Fred Cranston in his book Always Faithful, the 49th Battalion spent its time improving the trenches and carrying vital supplies to the frontline. Bitter frosts had set in and snow that had fallen in January was still on the ground. (Cranston 1983,19)

Jerry had been granted nearly three weeks leave in England and rejoined his unit on 8 February.  One week later he found himself in serious trouble. 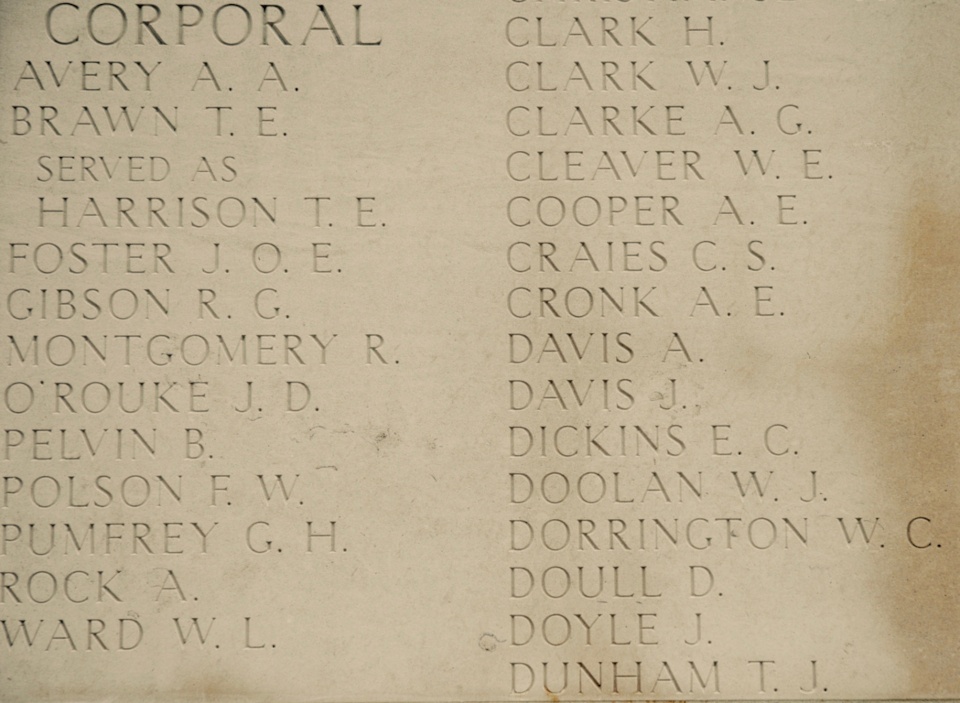 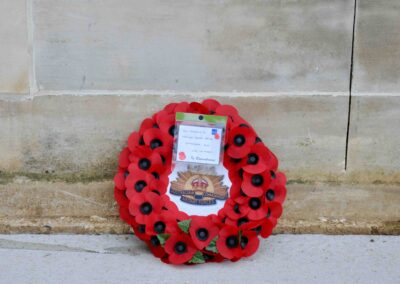 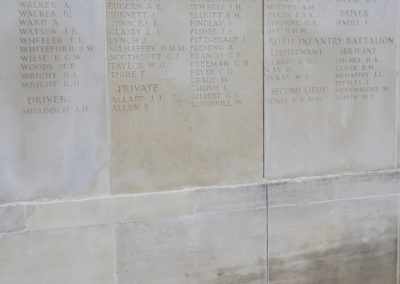 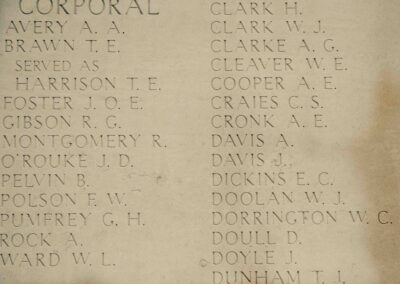 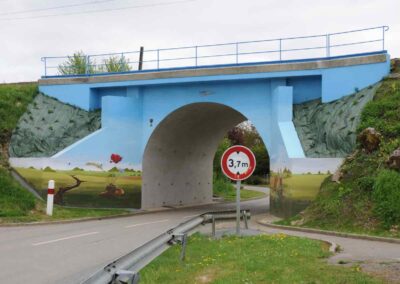 At a Field General Court Martial held on 27 February, Jerry was charged with “deserting his Majesty’s service on 15th February 1917” while on active duty.

Sergeant Thomas, the first witness for the prosecution, said that on that night he was leading a wiring party and Jerry was one of two men from B Company who were absent when the party arrived at their area of work. Corporal Newton who was leading the other fatigue party said that at no time did he have too many men in his carrying party. Corporal Potts gave evidence that Jerry and Private Charles Kling came into the Bendigo Camp at around 10:30pm and stayed there until the following day.

When Jerry gave evidence, he said that he was in Corporal Newton’s carrying party and that he worked with them for about two hours. He then thought he heard the order to “follow on B Company” and so followed this party back to camp. Along the way he discovered he was going in the wrong direction and so went back to get his pack. It was only the next morning, when he was at the Bendigo Camp, that Jerry realised he had made a mistake.

Jerry was found not guilty of desertion, but guilty of being “Absent Without Leave from a fatigue party from 9.30pm on 15 Feb 1917 to 12:30am on 16 Feb 1917”. Jerry was sentenced to 12 months prison with hard labour and had to forfeit 377 days pay. The Convening Officer who authorised this finding was Brigadier General Glasgow, who opened the Stanthorpe War Memorial in February 1926.

Private Kling, also found guilty of being absent without leave, received the same sentence as Jerry. They were sent to the No.1 Military Prison at Abancourt near Rouen, in northern France. A sentence of hard labour meant that Jerry would have joined the labouring parties for the Royal Engineers and helped move ammunition at the nearby railway junction.

On 16 January 1918, Jerry was released on remission of the remainder of his sentence. He rejoined the 49th battalion in the field on 26 January. At this time, Jerry made a will, leaving his estate to his mother who had since married. She was now Mrs. Gertie Morgan and lived on Manarow Station, near Longreach.

In his book, Fred Cranston described how the 49th Battalion moved from their reserve positions to an area just north of Albert on the Somme on 25 March. The following day, after an attack on the 12th Australian Brigade at Dernancourt, the 49th Battalion was ordered to move up to relieve the Australian 45th Battalion. From there the battalion remained in support but in the early hours of 4 April, the German forces again attacked. Initially the Australians were forced to withdraw but following a successful counterattack they regained the lost ground. Charles Bean, in his book Anzac to Amiens, wrote that the hardest fighting faced by the A.I.F. across the entire front was on the railway embankment and cuttings of the Dernancourt sector (Bean 1946, 426). The losses suffered by 49th Battalion in this battle were described as “tragically heavy” by Cranston. The battalion’s casualties totaled 14 officers and 207 other ranks.

It was in the fighting at Dernancourt that Private Arthur “Jerry” Davis was killed in action on 5 April 1918. Private Clarkson gave the Red Cross details of Jerry’s death:

I knew Casualty. He was a man about 5’7”, well built, dark complexion, dark curly hair, about 25 years of age, known as “Jerry”. Came from Clifton, Queensland and he worked for Mr. Burke there. Casualty was in reserve lines at Dernacourt [sic]. He was outside his dugout when an H.E. [high explosive] shell exploded in the dugout killing Casualty instantly and Pte. Cling [Private Charles Kling]. I was 30 yards away at the time the shell exploded and I went immediately to his assistance, but he was dead when I got there. I do not know if Casualty was ever buried.

Private Ferguson gave a similar statement to the Red Cross:

Medium height, dark, thickset, inclined to be curly. Called “Jerry” and “Curly”. Belonged to “B” Company. We were in reserve in vicinity of village of Bresle [sic] – near a wood, name not known. About 3 p.m. he was killed outright by a shell. Particulars of burial not known. Think later area was cleared of dead. Kling also killed by the same shell.

Private Robert Watkinson from Applethorpe was also killed in action at Dernancourt on 5 April and another Stanthorpe soldier, Private Edmund Stewart, was killed there the following day.

Jerry Davis’s mate, Private Charles Kling, of Childers, Queensland, is buried in the Ribemont Communal Cemetery Extension in France, but Private Arthur Davis has no known grave and is remembered with honour on the Australian National Memorial at Villers-Bretonneux, France.

The Railway Cutting at Dernancourt.