THE BATTLES OF BULLECOURT

Bullecourt is another Granite Belt community rich in Australian military history. The name is applied to two battles, unrelieved in their horror, that cost Australian forces dearly. After the Australian occupation of Bapaume in March 1917, the Australian Imperial Force’s (A.I.F.) military operations focused on the areas to the east and northeast of the town. The German forces had taken up position in the heavily fortified Hindenburg Line.

This consisted of virtually impregnable underground garrisons where the soldiers were protected from artillery fire and all types of weather. As added protection, many villages ahead of the line were fortified and garrisoned. The Australian 2nd and 5th Divisions advanced against the fortified villages where, unlike the mud of Flanders and the Somme, the fighting took place across unscarred open fields. The German outposts were captured but at the cost of many Australian casualties (Laffin 1992, 114).

The Australian troops then advanced upon Bullecourt, a village that formed part of the Hindenburg Line. Bullecourt became the scene of two great battles fought by the A.I.F. in April and May 1917.

In his book, To the Last Ridge, Sergeant Walter Downing describes why Bullecourt holds such a prominent place in Australian history:

With this bloody disaster began a struggle to which Lone Pine, Verdun, and Passchendaele alone are comparable: a battle which raged to and fro for five weeks, over a few square miles of ground, ceaseless, unrelieved in its horror, unsurpassed in the quantity and degree of the human agony, the sacrifice, the gallantry displayed; a battle whose fury is unsurpassed in the history of war. Bullecourt represents for Australians a greater sum of sorrow and honour than any other place in the world. (Downing 1920, 72)

On 9 April 1917 it was planned that 12 British tanks were to break down the German barbed wire at Bullecourt ahead of an infantry advance. The next day the Australian 4th Division was ordered to prepare for immediate attack. Despite protests by the Australian commanders, Lieutenant General Birdwood and Major General White, the attack went ahead and the Australian troops took up position out in the snow on the night of 10 April. There they waited in vain for the tanks to arrive. The tanks were delayed by bad weather and so the Australian troops withdrew and the attack was rescheduled for dawn on 11 April.

This time four tanks reached the battlefield on time but none reached the enemy wire before the advancing Australian infantry.

Despite the failure of the tank attack and a lack of supporting artillery, some Australian troops fought their way to the Hindenburg Line and for a time occupied part of the trenches. The Australians found themselves cut off from their rear by enemy shellfire and machine gun fire. In the face of counter attacking by the Germans, the Australians had no choice but to retreat through the heavy fire back to their starting lines. Nearly 1,200 Australian soldiers were taken prisoner, the largest number in any battle of the war. 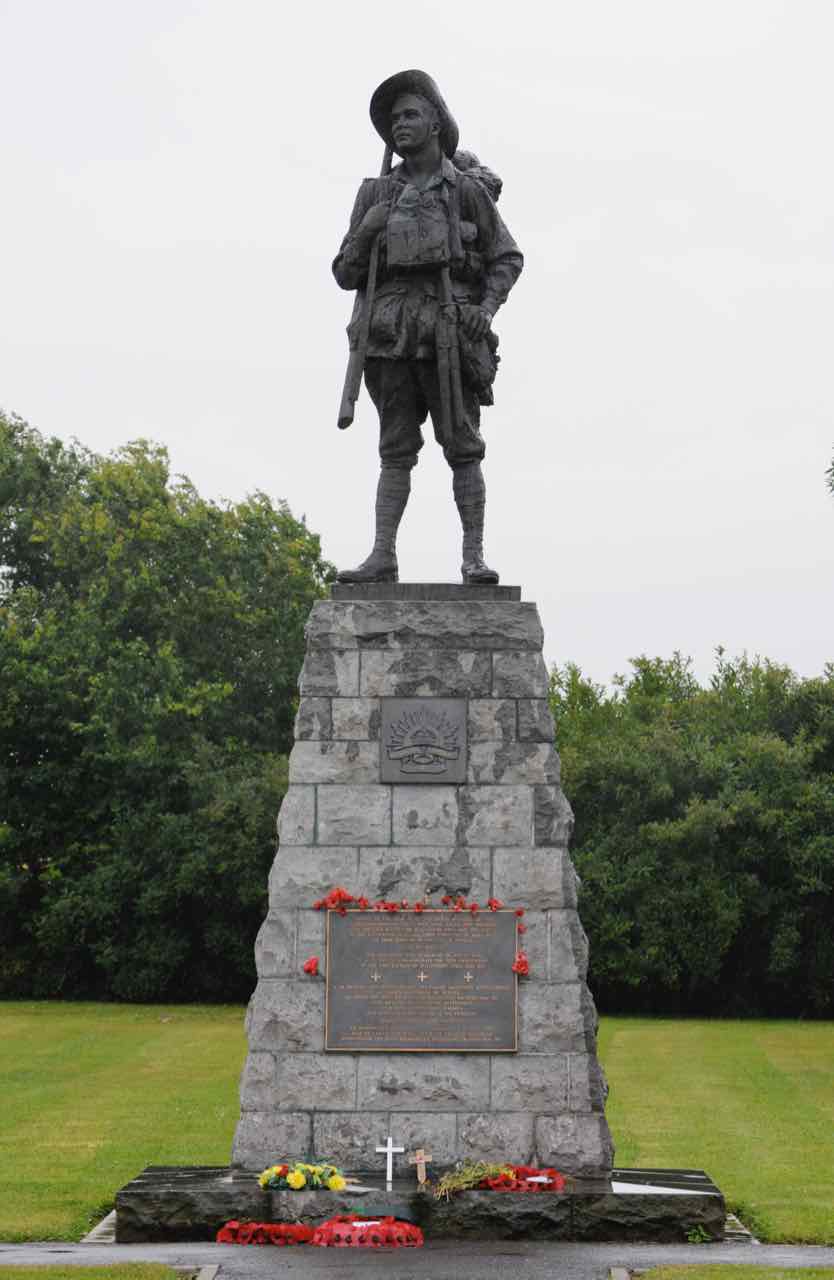 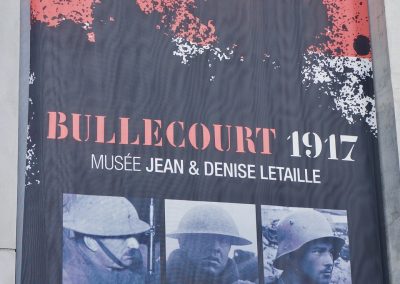 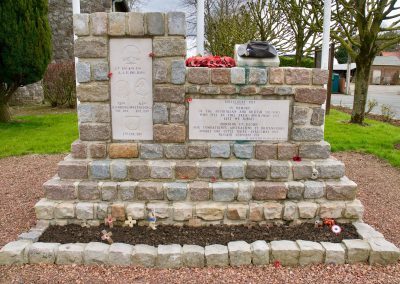 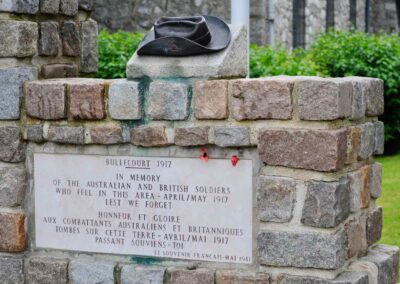 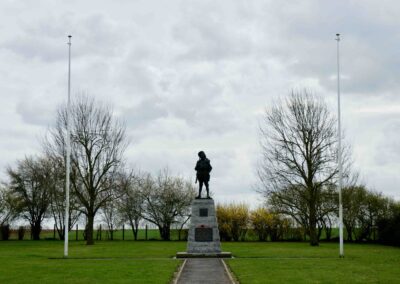 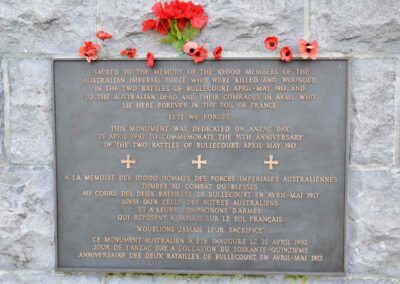 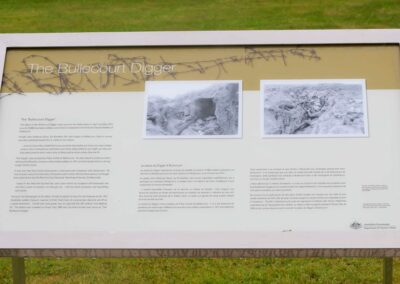 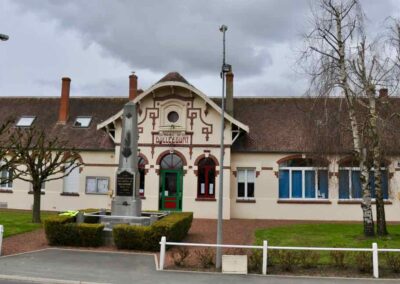 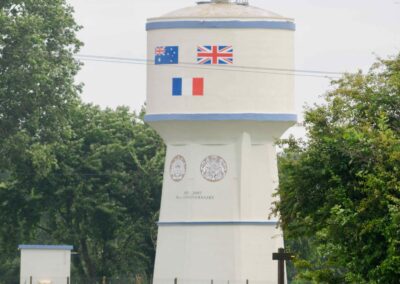 One of the casualties was Private Edwin Hindmarsh, of Lyra, south of Stanthorpe. He was killed by shrapnel while the 15th Battalion was waiting to go over for the attack at Bullecourt. Edwin Hindmarsh has no known grave but is remembered with honour on the wall of the Australian National Memorial at Villers-Bretonneux.

Private Albert Jolly, of Thulimbah, was also in the 15th Battalion. He was severely wounded in the leg at Bullecourt and was captured as a prisoner of war. Albert died of his wounds in hospital on 21 April and was buried in Hamburg, Germany. He was only 18 years old.

The Second Battle of Bullecourt was much better planned and was part of a major British attack across a 25km front, the widest attack undertaken by the British at that time. The Australian 2nd Division was given the task of capturing the German positions that ran through Bullecourt as well as some villages beyond. The attack began at 3.45am on 3 May with the 6th Brigade taking part of their objective in the Hindenburg Line within an hour. The 5th Brigade did not fare as well. It failed to take its first objective and was caught by intense machine-gun fire at the German wire.

In all that day’s great battle the only objectives reached and finally held were those of the Canadians in the extreme north, and of the 6th Australian Brigade in the extreme south (Bean 1946, 341).

The Australian 1st Division arrived in support on 4 May, and when the fighting across the front had died down, Bullecourt became the focus of an epic struggle. Despite enduring an enemy bombardment described by the Australians as “perhaps worse than Pozieres” (Bean 1946, 342) and numerous German counterattacks, the Australians held their captured section of the Hindenburg Line. By 10 May, with both the Australian 1st and 2nd Divisions exhausted, the 5th Division was brought into the fighting. The Second Battle of Bullecourt although originally planned to involve one Australian division, had by now drawn in three divisions. The Germans undertook their final and most carefully planned attempt to recapture Bullecourt at dawn on 15 May. They were driven back by the Australian 14th Brigade. The fighting continued until 17 May when the German army decided to withdraw from Bullecourt.

Four Australian divisions fought in the two battles of Bullecourt and suffered a total of 10,000 casualties: 3,000 in the first battle and 7,000 in the second. Some 2,250 of the Australian soldiers who died at Bullecourt have no known grave. Apart from the terrible losses, Charles Bean described an important indirect effect.

Bullecourt, more than any other battle, shook the confidence of Australian soldiers in the capacity of the British command; the errors, especially on April 10th and 11th were obvious to almost everyone. As at Pozieres, results strategically important were clutched for by impossible tactics. (Bean 1941, 344)