The Somme, a soldier settlement established near Ballandean, south of Stanthorpe, was named after the great Battle of the Somme that began in July 1916 and resulted in more than one million men being wounded and killed. The Battle of the Somme was a series of many battles fought over a five-month period that included the Battles of Fleurbaix and Pozieres.

In his book, Guide to Australian Battlefields of the Western Front, John Laffin described the significance of this battle to all Australians:

The Somme is an area rich in Australian spirit and sacrifice. The Diggers speak from the farm fields that were once the battlefields, from the woods, from the stones of the villages and most eloquently of all, from the beautiful cemeteries in which so many of them finally found sanctuary. (Laffin, 1992, 75)

As early as December 1915, the Allies had decided that the French and British forces would launch an attack where their lines joined, either side of the Somme River in Northern France.

However, in February 1916, the Allies were forced to change plans when the Germans launched their massive offensive against the French fortresses at Verdun. This battle absorbed most of the French troops that Marshal Joffre planned to use in the Somme offensive. By June, the plans for the offensive had been reduced to involve six French divisions and 13 British divisions along a front of 37km. There would be a further six British and 10 French infantry divisions in support.

The Allies’ objective was to break the German lines and move forward to capture the town of Bapaume, some 16km in the distance. In the most archaic of plans, the British then planned to push north from Bapaume using mounted cavalry.

The Allied artillery bombardment that preceded the infantry advance began on 25 June. The bombardment was the largest in the war so far with over 1.5 million shells fired in the week leading up to the infantry advance. Apparently “the bump” of the artillery guns could be heard in England. (Bean 1946, 220). Despite the intensity of the barrage, the German dugouts were so deep that the defending soldiers were largely protected from the shell fire. 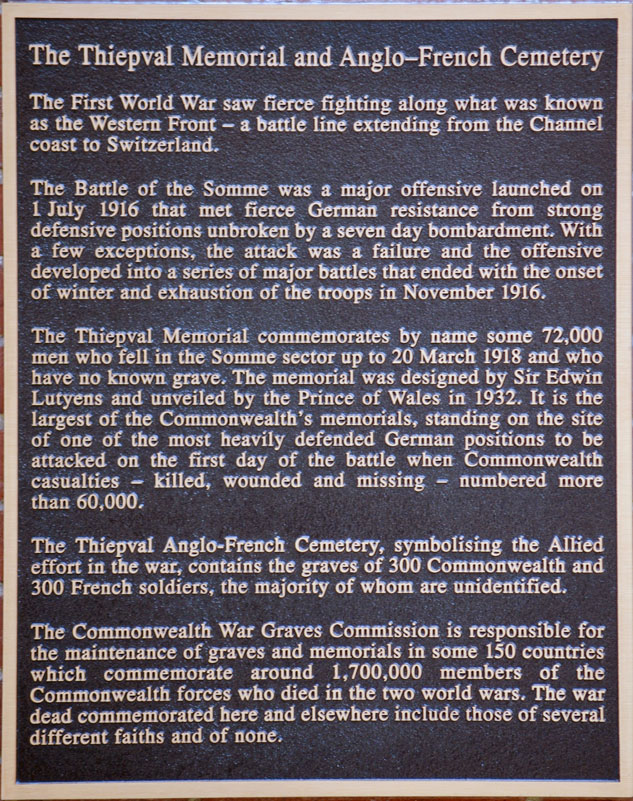 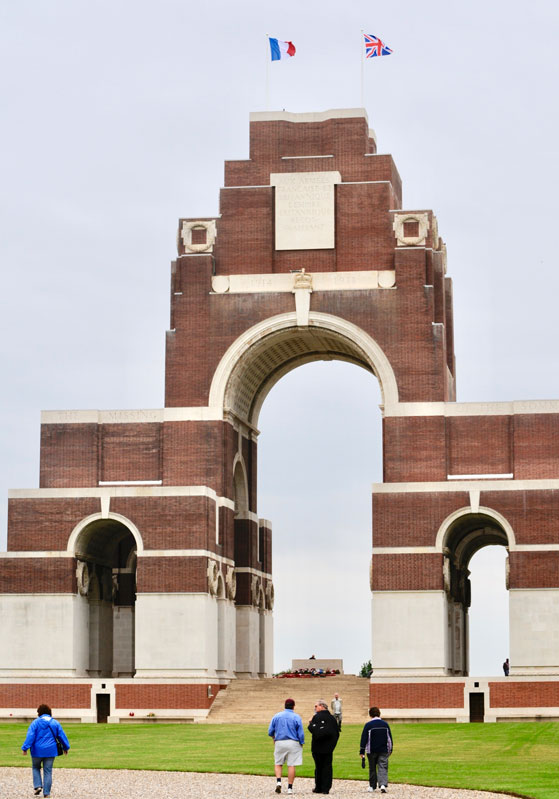 At 7.30am on 1 July, the infantry attack began with the exploding of 19 mines under the German lines. Despite the devastation caused by the mines, the German soldiers emerged from their dugouts and manned their machine gun posts to defend against the advancing Allied infantry. The attack quickly turned into a full blown disaster as the British troops were cut down by machine gun and rifle fire. By the end of the first day, the British Army had suffered 57,470 casualties, including 19,240 killed, the greatest loss in a single day in its history (Pedersen 2012, 5).

The planned Allied breakthrough did not materialize and the Battle of the Somme quickly degenerated into an exercise of grinding attrition.

On 7 July, the Australian 1st and 2nd Divisions and the newly arrived 4th Division were ordered to The Somme. The 5th Division remained in French Flanders where it would it would fight soon in the Battle of Fromelles.

… the Somme, during a war in summer was a hot and evil place in which to fight and after rain the ground became a miry, clinging bog. Many Diggers said that the Somme mud was even more foul and overwhelming than that of the Ypres Salient. Winters were long and bitterly cold and the winter of 1916-17, when the Diggers were fighting there, was one of the worst on record. (Laffin 1992, 73).

Estimates of total casualties vary widely, but by the time the Battle of the Somme had ground to a halt with the onset of winter in November, more than one million men had been killed or wounded.

But the battle was also the hardest and bloodiest fought by the British in that war, and its cost to them and the French was also certainly greater than to the Germans. The British loss of about 415,000 included the flower of British youth in the New Army. ( Bean 1946, 268)

Plaque on the Thiepval Memorial and Anglo-French Cemetery.

The Thiepval Memorial, the Memorial to the Missing of the Somme, bears the names of more than 72,000 soldiers of the United Kingdom and South Africa who died on the Somme before 20 March 1918 but have no known grave.