THE BATTLE OF BAPAUME

Bapaume, on the Granite Belt, takes its name from a crucial battle in World War I. Occupying Bapaume was the main objective of the British forces in the Battle of the Somme, and although Australian soldiers could look down on Bapaume when they captured the Pozieres Ridge in August 1916, the town had not been reached. It took until 17 March 1917 for the Allies to occupy Bapaume, when Australian 2nd Division troops entered the town shortly after it had been abandoned by the German army.

The occupation of Bapaume aroused among the capturing Australian troops, as throughout the whole army, a glow of elation whose warmth it is difficult to recapture in a written account. During half of 1916, while the British Army had been waging the most terrible struggle in its history, this town had been the goal. Staffs of corps and even armies had tended to become engrossed in efforts to gain a few acres of mud and debris which led up to it; and tens of thousands of the flower of the British nation devoted the last weeks of their lives to an all-absorbing endeavour “to reach Bapaume” (Bean 1941, 144). 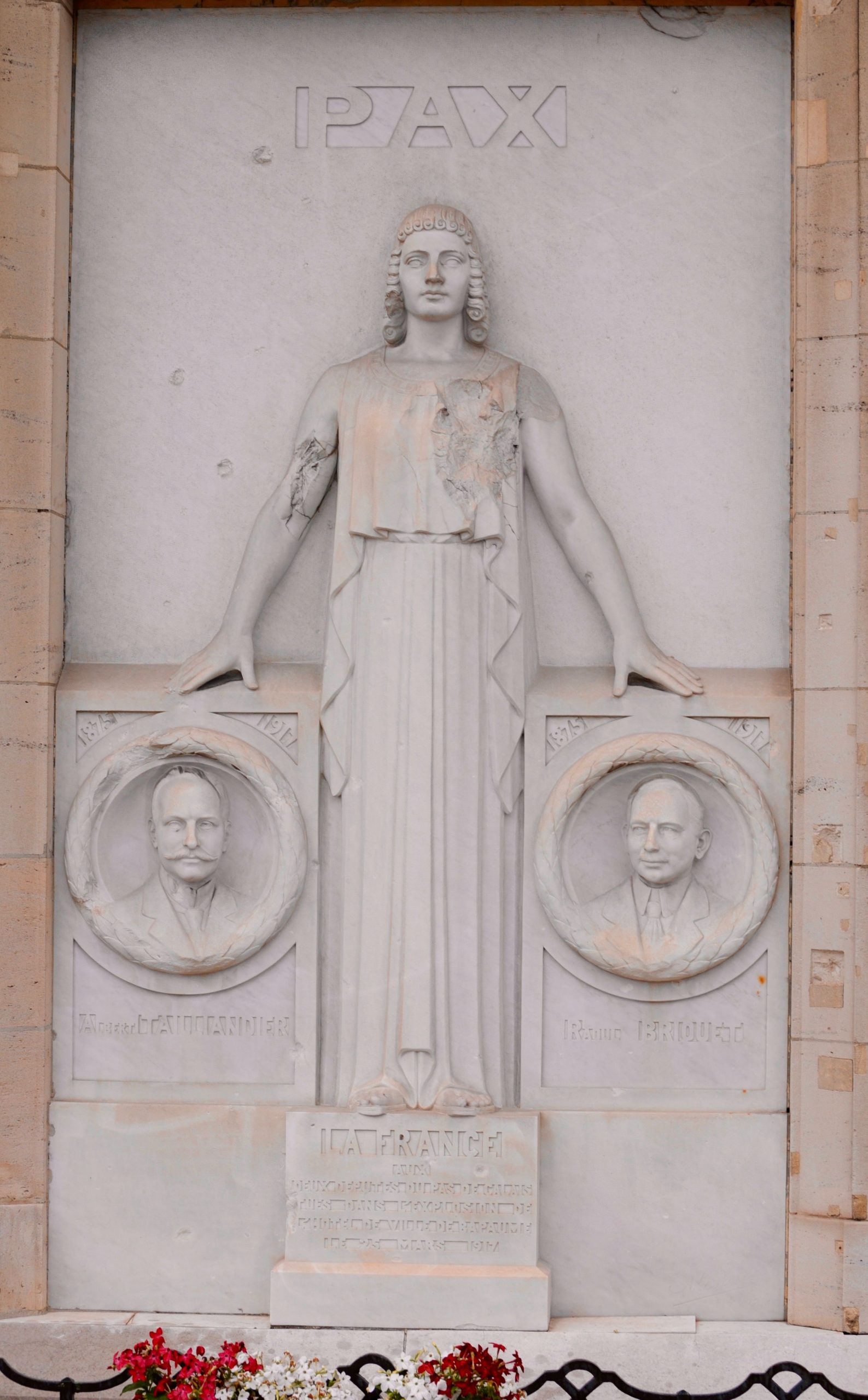 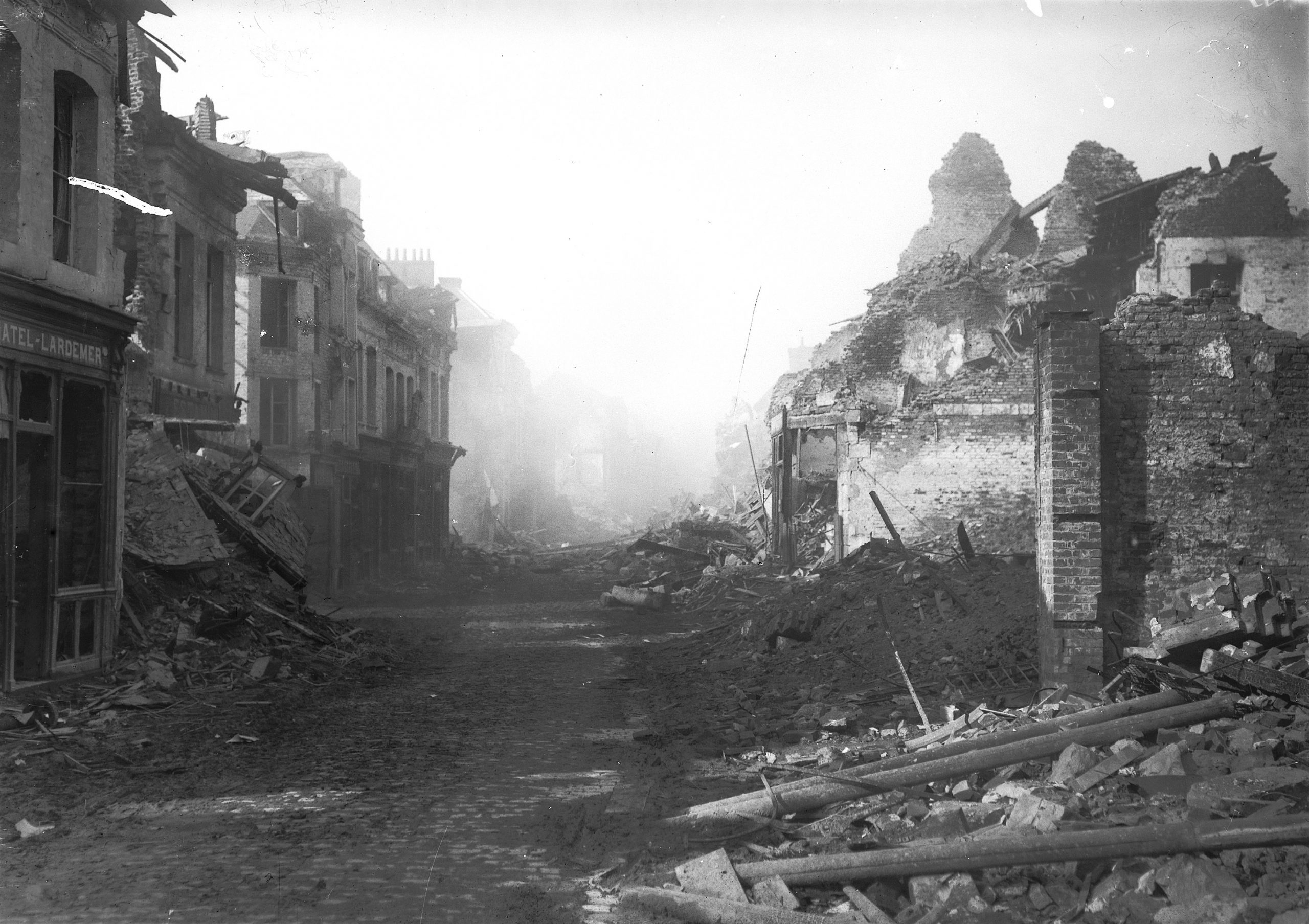 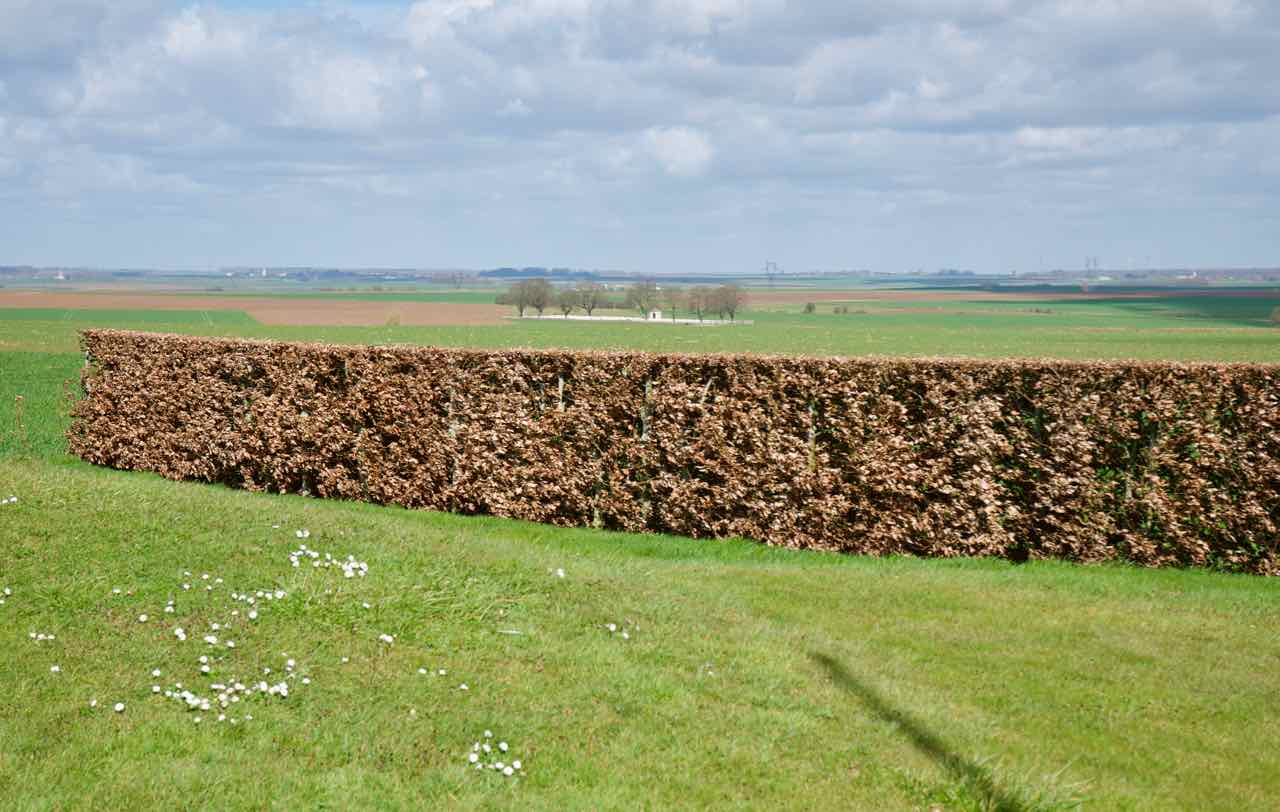 Since September 1916, the German army had been constructing new defences some 15 to 45km to the rear of their existing frontline. The new line was designed to remove a bulge in the German frontline. By straightening and so shortening their frontline, the Germans would require fewer troops to hold the line should they decide to move back to the new defences. The Allies knew the new line as the Hindenburg Line, named after General Paul von Hindenburg, the German Army Chief of Staff.

On 24 February 1917, it became apparent that at the northern end of the Australian lines, the German forces were withdrawing to the Hindenburg Line. Patrols reported that German trenches had been abandoned but the withdrawal was occurring in stages and German patrols and small outposts were still being encountered. The Allied troops followed the withdrawal, pushing back the German outposts. On the night of 26 February, Australian troops captured Le Barque and Ligny Thilloy, villages near Bapaume. Two unsuccessful attempts were made by the 2nd Division to capture the heights near Loupart Wood above Bapaume. After bringing up artillery, the Australian 7th Brigade captured the German trenches near Loupart Wood on 2 March. (Bean 1946, 319)

Australian and British forces were poised to attack Loupart Wood on the night of 12 March when 2nd Division soldiers discovered the Germans had left. The Australians then occupied Grevillers village and were just two kilometres from Bapaume. Orders discovered in a dugout in Loupart Wood revealed the Germans planned to move back to the Hindenburg Line on 15 March with a rear guard then retreating on 17 March. Early on the night of 17 March the German lines appeared to be intact but by 5.45am Australian patrols were in the German trenches on the northern outskirts of Bapaume. The 30th Battalion A.I.F. was the first to move through the streets of Bapaume and they could see in the distance the withdrawing German forces.

But then the German garrisons went back in one step to the Hindenburg Line having withdrawn nearly all movable stores, cut down all useful shelter trees, destroyed houses and railways, blown up cross-roads. They left a screen, besides strong entrenched garrisons at almost every village, in order to delay the approach to the Hindenburg Line which, despite enormous labour, was not nearly ready. (Bean 1946, 321)

Upon entering Bapaume, the Australians found only the buildings around the main square, including the town hall, to be in reasonable condition. The cellars in these buildings were searched and a mine was found in the town hall and was removed. However, on the night of 25 March another better hidden mine in the town hall exploded. That night thirty Australian soldiers and two French parliamentary deputies had been sleeping in the town hall. Only six of the Australian troops were rescued alive. The two French parliamentarians, Captain Raoul Briquet and Albert Tailliandier were killed in the explosion. Bapaume became an A.I.F. headquarters town for the following three months. (Laffin 1992, 77)

Bapaume Mairie (Town Hall):  Memorial to the two French parliamentarians killed in the explosion in the Town Hall on 25 March 1917.

Australian War Memorial Collection E00348 : Image of damaged and burning buildings in Bapaume on 17 March 1917, the day it was occupied by the Australians.

Pozieres Ridge Looking Down Towards Bapaume.