THE FINAL YEAR OF BATTLE – AMIENS

Although 1918 was to be the final year of World War I, the Allied forces, including the Australian infantry, began the year in a precarious state. In mid-November 1917, the five Australian infantry divisions were sent to recover over the European winter months to a quieter sector of the frontline beyond Messines. The great battles of 1917 – Bullecourt, Messines, Passchendaele – had taken a heavy toll on the Australians.

The five divisions had suffered more than 55,000 casualties of which 38,000 were inflicted at the Battle of Passchendaele. The Australian contribution, still so passionately remembered by the people of France, is typified by the loss of men from the Granite Belt during 1918. In the defence of the Western Front, and in the Allied attack launched in August 1918 until the end of World War I, 10 men from the Granite Belt lost their lives.

The Bolshevik Revolution of November 1917 resulted in the disintegration of the Russian Army on the Eastern Front. Although the peace treaty between Soviet Russia and the Central Powers was not signed until March 1918, the breakdown of the Russian Army allowed the Germans to transfer forces from Russia to the Western Front at the rate of two divisions per week (Bean 1946, 393). The Allied leaders, fully aware the Germans would attack in Spring 1918, planned their defences while waiting anxiously for the newly arrived American Expeditionary Forces to bolster their numbers.

General Ludendorff launched the great German attack on 21 March. “Operation Michael” was a massive offensive consisting of 750,000 German troops attacking across a front of 80km. The city of Amiens, in northern France, was an important supply, medical, and recreation centre on the Western Front (Laffin 1992, 77). Amiens was under direct threat when the Germans smashed through the Allied defences and by 28 March had reached the village of Villers-Bretonneux, 20km east of the city. Here the advancing Germans met the Australian 3rd and 4th Divisions that had formed a defensive line between them and the city of Amiens.

In two battles here the A.I.F. was largely responsible for saving Amiens. The city later acknowledged this with a commemorative plaque on a pillar in the cathedral. (Laffin 1992, 77)

A few days before the German offensive, on 18 March, Private William Reid, of Bald Mountain, near Wallangarra, was killed by enemy artillery fire while in the trenches in Belgium, between Ypres and Armentieres. William is buried in Cabin Hill Cemetery, a small cemetery of only 67 graves set amongst farmland.

By the first week of April the German advance had been halted as the Allied front line was rebuilt and reinforced. Then on 5 April the German forces launched another attack on Amiens from the direction of Dernancourt, where the Australian 4th Division held the frontline. Charles Bean described this as “the strongest attack made against Australian troops in that war” (Bean 1946, 426). Following fierce fighting, the Germans broke through the Australian lines only to be driven back by “one of the finest counter-attacks ever carried out by Australian troops” (Laffin 1992, 83). In two days, the 4th Division suffered 1,100 casualties, including three men from Stanthorpe who died in the fighting.

Following a mustard gas attack on 23 April, German troops advancing behind tanks broke through the Allied lines and captured the village of Villers-Bretonneux the following day. The Australian 57th, 59th, and 60th Battalions counter-attacked to the north of the village, and with the support of the Australian 50th and 51st Battalions from the south, engaged the German troops in house-to-house fighting on Anzac Day. Australian troops fully recaptured the village of Villers-Bretonneux on 27th April. The counter-attack brought great fame to the Australian infantry and was generously praised by British and French commanders (Laffin 1992, 133).

Private Henry Williamson, whose mother lived at Ballandean, was serving with the 15th Battalion. On 2 May, the 15th Battalion was in a support area near Villers-Bretonneux when a shell hit the dugout where Henry was resting, mortally wounding him. Henry is buried in the Daours Communal Cemetery Extension.

On 10 June, Private Neil McMillan, of Stanthorpe, was in the trenches with the 49th Battalion at Sailly-le-Sec near Villers-Bretonneux. A German shell landed in his trench, killing him instantly. Neil’s grave was lost, but he is remembered by a special headstone placed in the Villers-Bretonneux Military Cemetery.

Private Joseph Flynn, of Lord John’s Swamp via Warwick, fought with the 9th Battalion in the defence of Hazebrouck in French Flanders since the renewed German offensive began on 9 April. Joseph was killed in action at Meteren, near Hazebrouck, on 28 July and is buried in the Borre British Cemetery. 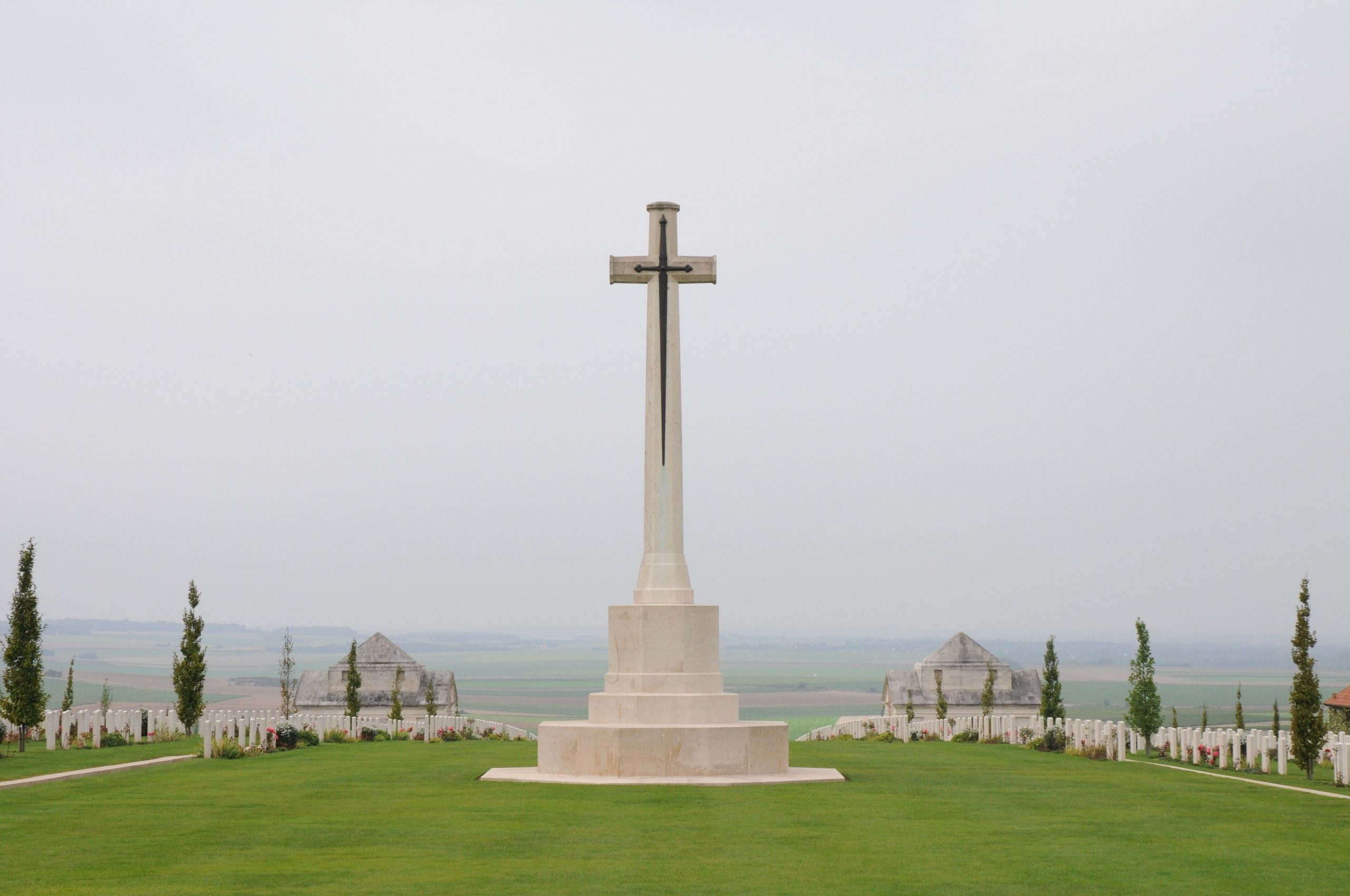 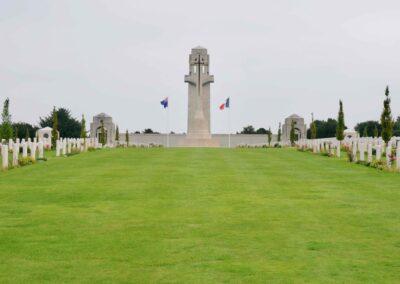 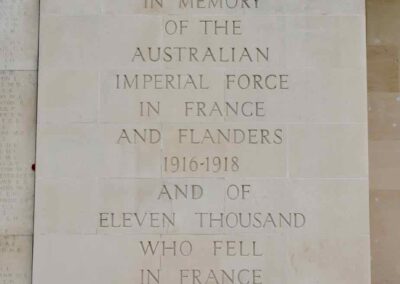 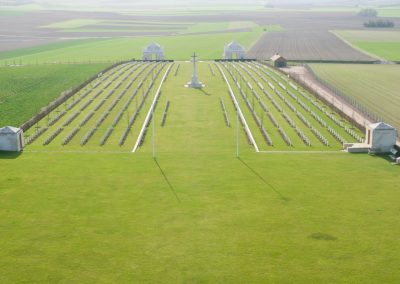 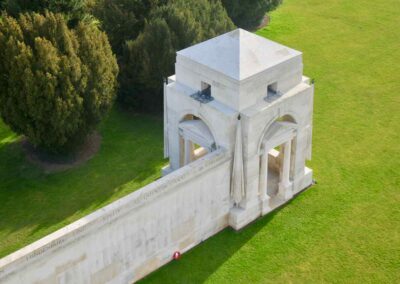 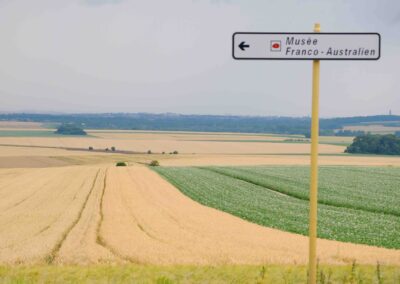 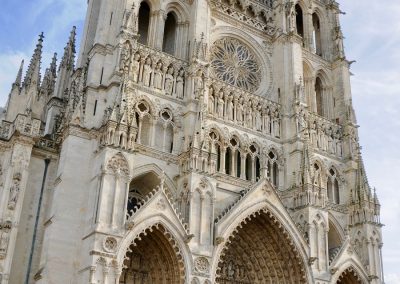 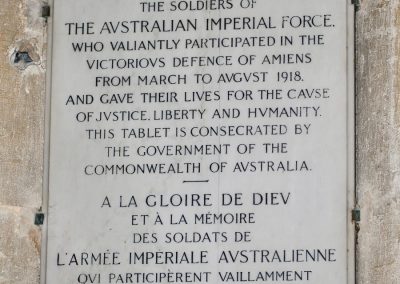 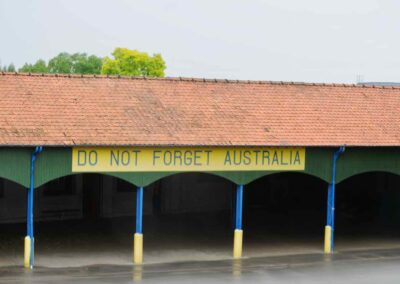 The Hundred Days Offensive was the final period of World War I when the Allies launched a series of attacks on the Western front, beginning with the Battle of Amiens. The actual Battle of Amiens was not fought at Amiens, but to the east of Villers-Bretonneux. The battle began on 8 August when 100,000 Allied troops attacked along a front of 20km. The Australian 2nd and 3rd Divisions joined the attack on a front between Villers-Bretonneux and the Somme River. The Germans were taken by surprise and the Allies broke through their lines. The 2nd and 3rd Divisions held their gains and the 4th and 5th Divisions moved through their lines to continue the attack. At the end of 8 August the Allies had captured 13,000 German prisoners and seized some 200 field guns (Bean 1948, 473). General Ludendorff described 8 August as “the black day of the German army” after which he believed there was no hope of a German victory in the World War I.

The following day, the Allied attack continued with the Australians responsible for holding the northern flank. Then followed three days of tough fighting. Without coordinated artillery support, between 9 and 12 August, the five Australian divisions suffered nearly 6,000 casualties.

Over the next week the Australian forces undertook a series of what became known as “peaceful penetration” attacks. The next large-scale Allied attack was on 21 August when the British Third Army attacked the German front to the south of Arras. The Australian 3rd Division joined the British attack the next day. The Third Army took most of its objectives with the 3rd Division capturing the area north of Bray. The following day the Australian 1st Division, together with the 32nd British Division, attacked south of the Somme River. Of the 8,000 German prisoners taken by the Allies, the 1st Division captured 2,000, but suffered nearly 1,000 casualties in the fighting (Bean 1946, 477).

There followed another week of “peaceful penetration” fighting by the Australians, forcing the Germans back across the old Somme battlefield. During one such advance on 30 August, Private George Alexander, of Wylie Creek, was killed by shellfire in a forward area between Herbecourt and the Somme Canal. George has no known grave and is remembered on the Australian National Memorial at Villers-Bretonneux.

The 1st Division was relieved by the 2nd and 5th Divisions and with the Germans continuing to fall back, the Australian infantry carried the attack to them. The Australians were nearing exhaustion but pressed on with the attack and engaged the Germans defences at Peronne and Mont St Quentin.

The capture of Mont St. Quentin and Peronne is held by many Australian soldiers to be the most brilliant achievement of the A.I.F. (Bean 1942, 873)

Private William Gawith, of Stanthorpe, was killed in action on 2 September when the 25th Battalion was engaged in heavy fighting in the vicinity of Mont St. Quentin. William is buried in the Peronne Communal Cemetery Extension.

The Australians continued to pursue the retreating German forces to the Hindenberg Line. Private James Scott of the 12th Australian Machine Gun Company was involved in the attack on the Hindenburg Line east of Peronne. He and George Alexander were friends and business partners in the Wylie Creek Tin Dredging Syndicate. Just three weeks after the death of his friend and business partner, James was wounded in action on 20 September. He was admitted to a Casualty Clearing Station but died on 22 September. James is buried in La Chapelette British and Indian Cemetery near Peronne.

The Australian infantry went on to fight their last battle on the Western Front at Montbrehain on 5 October.

In the final year of World War I, Australia made a great contribution, as Charles Bean attested:

Such was the reputation attained after two and half years of intense warfare on the Western Front by the force whose first trial was in the equally intense struggle on Gallipoli. There is no question -although their own home folk in Australia at first found this difficult to believe- that the spirit and skill of the Australian Imperial Force, and particularly of the infantry, in this final year’s fighting in France materially affected the course of the campaign there, as did that of the other Dominion forces. (Bean 1946, 494)

The Plaque in Honour of the A.I.F. in Amiens Cathedral.