Three of the six sons of Peter and Mary Ann Hindmarsh, of Lyra, near Stanthorpe, enlisted to serve in World War I. Only one of the three returned. Edwin Hindmarsh died in the First Battle of Bullecourt in April 1917 and Arthur Frederick Hindmarsh died two months later in the Battle of Messines. News of their deaths affected their widowed mother so much that she spent much of September and October that year in Stanthorpe Hospital. In April 1918 she wrote to her local federal member, Littleton Groom, of Toowoomba, to ask him to request the Defence Department to allow her other soldier son, William, to return home. William Charles Hindmarsh was sent home, on 6 November 1918, five days before the war ended. 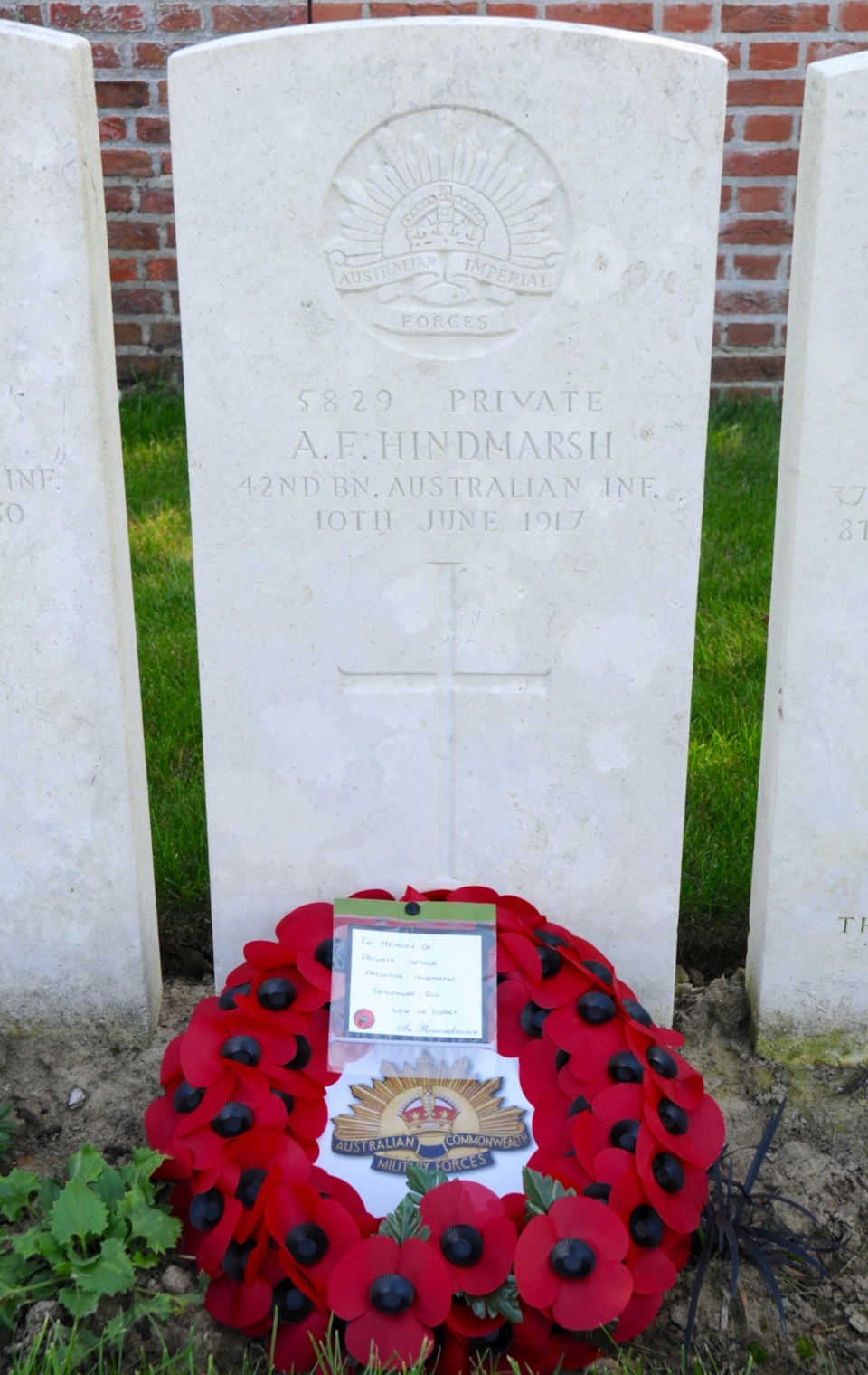 Arthur Frederick “Fred” Hindmarsh, who was born in Stanthorpe, was working as a labourer when he enlisted on 4 January 1916 in Warwick at the age of 19. He joined the 18th Reinforcements of the 15th Battalion. Two of his brothers had already enlisted.

Fred left Brisbane to join the fighting overseas on 3 May aboard HMAT Seang Choon. He arrived in Egypt on 25 June and then departed for training in England on 25 October. While in training at Larkhill Camp on the Salisbury Plain, Fred joined the 42nd Battalion, the same battalion as Corporal Herbert Batterham of Dalveen. Fred was admitted to hospital with bronchitis in November 1916. Upon his discharge on 25 November, he immediately left England with the Australian 3rd Division to join the fighting on the Western Front.

The battalion was billed at Armentieres, France, from where it made its way to the front line trenches in a sector known as L’Epinette Salient in the Houplines district. It was here on 29 January 1917 that Corporal Herbert Batterham was killed in action. The 42nd Battalion remained in this location until relieved on 11 March (Brahms 1938, 28).

Vivian Brahms, in his book, The Spirit of the Forty-Second, went on to describe the scene facing the 42nd Battalion at the Battle of Messines in June 1917.

At midnight on June 8th, we took over that particular area known to us as “The Black Line.” It was our job to strongly consolidate it. For five days we remained here digging and strengthening the defences to withstand any counter attacks. Our position was so advanced that Messines, once a prosperous town, now only just a heap of ruins, was lying far away to the rear. During this period we repulsed several counter-attacks and were subjected to intense bombardments as we dug ourselves in. Our casualties were, in consequence, both numerous and severe. The stench from the tremendous number of Germans lying unburied in front of us was nauseating. Our strength at this time was 826 officers and men. Prior to the Messines Battle it was 1011. Our losses in this operation were therefore 185 officers and men. (Brahms 1938, 39-40)

Private Arthur Frederick Hindmarsh was killed in action at Messines on 10 June 1917.

At the time [Hindmarsh] was a messenger carrier and was killed together with Lieutenant Bartley instantaneously by a shell. I knew Hindmarsh personally and I think his home was near Stanthorpe Queensland, Australia. He left Queensland with the 18th reinforcements to the 15th Battalion: but was transferred to the 42nd Battalion; whilst in England. He was buried at Bethleham [sic] Farm, opposite Warneton.

Hindmarsh was killed in the “Black Line” at Messines (2nd line of defence). He was runner to Lieutenant Bartley and was with him in a trench when a barrage was put up by the enemy 20 yards from where I was, and next morning I saw both bodies and recognized them though they were badly knocked about. His nickname was Hendy or Smiler. 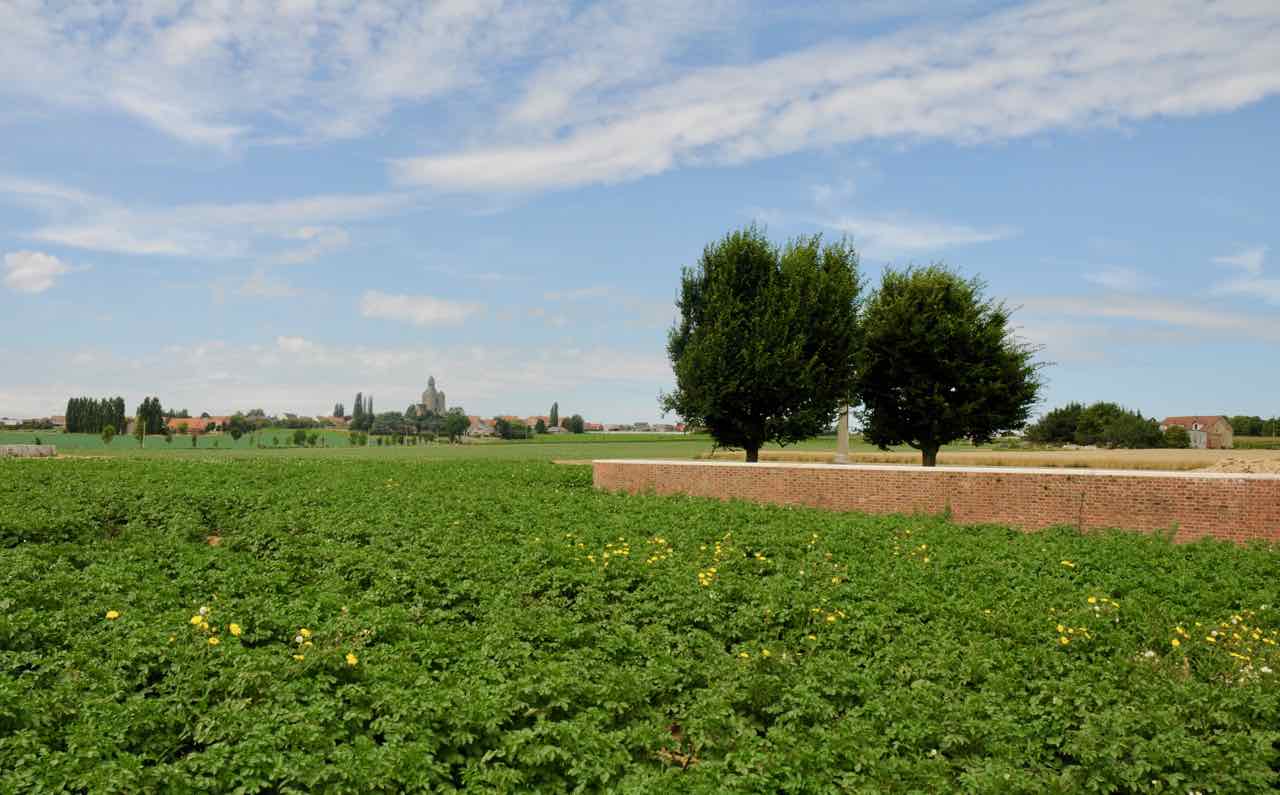 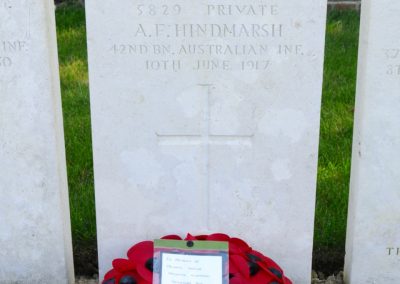 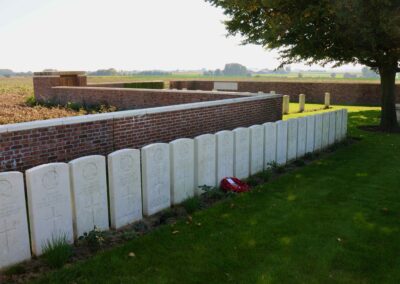 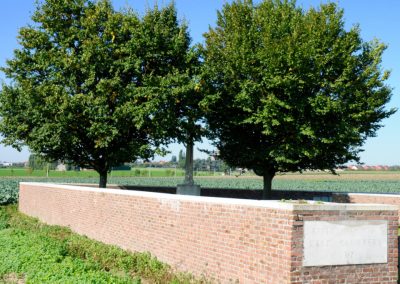 It is particularly sad to report the death of Private Arthur Fredrick Hindmarsh, in France, son of Mrs. Hindmarsh, of Ballandean.  Private Hindmarsh was killed in action on June 10th, and what makes it more trying for the mother and relatives is that another brother was killed at the front on April 11th.  The sad news was broken to the mother in town on Friday and we feel sure that everyone’s sympathy will be extended to her and her family in the loss they have sustained.  The war has made a particularly heavy toll on some families, and the Hindmarsh family have been particularly unfortunate in this regard.

Mary Ann had been widowed in 1914 and now two of her sons had been killed in action within two months in 1917. Her health began failing and she requested that her remaining soldier son, William, be sent home to see her again. William’s time at the front had not been without incident. While serving with the 31st Battalion, he suffered a shrapnel wound to his right forearm and hand in July 1916. William was transferred to the Grantham Military Hospital in England for treatment, where he remained until November 1916.

On 20 April 1918, Mary Ann wrote a heartrending letter to Littleton Groom, the Federal Member for Darling Downs, requesting his assistance in gaining permission for William to be returned home:

I apply to you in my sorrow to use your influence with Senator Pearce [Minister for Defence] to allow my son Private William Hindmarsh now on active service, home to see me –his mother. My three sons, Private William, Private Edwin, and Private Frederick enlisted in the early period of the war, the two latter have made the supreme sacrifice, having been killed in action in France and I want to know if my other son, Private William Hindmarsh will be allowed home to see me owing to my failing health and periodical attacks of illness. I feel I must see my boy again. Knowing I am the mother of three soldier boys, two of whom have been killed in action, I sincerely hope you will obtain this request for me immediately, as my son has enlisted nearly three years and I feel that I cannot live long now as the loss of my two boys has been too much for me and a last resource I entreat of you to grant me this favour.

It appears that measures were being taken to review her request, for in William’s service record, there is a Police Report prepared on 25 May 1918:

Mrs. Hindmarsh has been in ill health for some time, and has been an inmate of the Stanthorpe Hospital. She is a widow of 63 years of age, and has no property, and in receipt of the old age pension and receives a war pension for each of her two sons killed at the war, total £2-14-6. She has seven children living, four males and three females. She receives no assistance from the above mentioned children. The reason Mrs. Hindmarsh wishes that Private W. Hindmarsh be returned is because she has worried over the loss of her other two sons at the front, which no doubt is the cause of her illness, and her desire is to see her son William return, the financial assistance is not the motive.

On 8 October 1918, Littleton Groom received notice that Mary Ann’s request had been granted:

With reference to your representations on behalf of Mrs. M.A. Hindmarsh, Lyra, Darling Downs, Queensland, who desires the return of her son to Australia, I desire to inform you that approval has been given to this request, and a cable sent to London accordingly. Mrs. Hindmarsh will receive due notification from the Officer-in-charge Base Records as to the date of her son’s embarkation for Australia.

William Hindmarsh departed England to return to Australia for discharge on 6 November 1918, arriving in Melbourne on 3 January 1919.