Lieutenant-Colonel Charles Arthur Lee, the son of a long-serving New South Wales politician, fought in both the Boer War and World War I. He became the commanding officer of the 4th Anzac Camel Battalion, Imperial Camel Corps, in 1917 and, after falling ill on his return to Australia in early 1918, died on 5 November 1918, six days before the Armistice. Charles was one of six sons and four daughters of Charles Alfred Lee and his wife, Clara Jane. Charles Alfred Lee was the Member for the NSW Assembly seat of Tenterfield from 1884 to 1920. He lost two sons in World War I: Charles Arthur, and his younger brother Lionel, who died in April 1919 while in Egypt waiting to return to Australia. 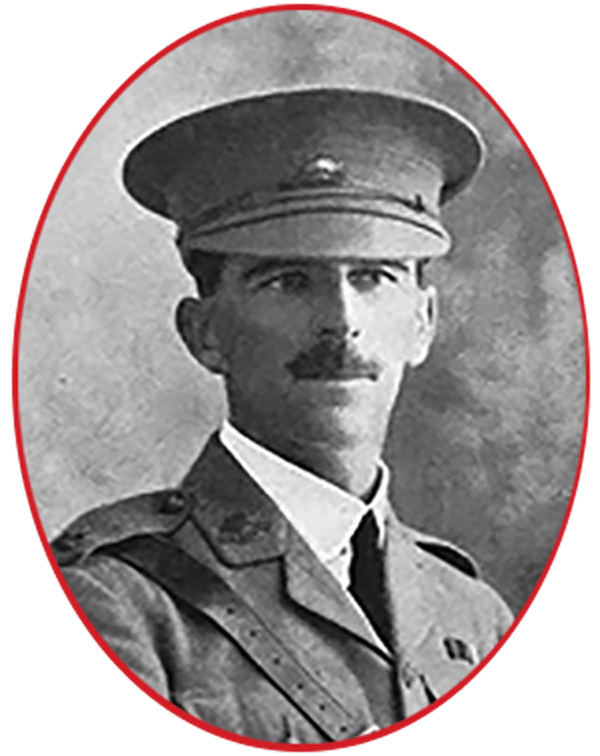 Charles Arthur Lee went to high school in the Maitland district and studied at Sydney University. At the outbreak of the Second Boer War, he was a 1st Lieutenant in the New South Wales Mounted Rifles. On 15 October 1899, Charles resigned his commission so that he could join the war in South Africa. Charles enlisted as a private, as all vacancies for officers had been filled. He served with the 2nd New South Wales Mounted Regiment almost throughout the Second Boer War, rising to the rank of captain.

In the obituary written for Charles, The Tenterfield Star, gave details of his service in South Africa:

He was present when Cronje [General of the South African Republic’s military forces] surrendered, and was then transferred to the Mafeking Front, where he contracted enteric fever. After a very severe bout with this fell disease, which accounted for so many of the gallant Australian soldiers, he managed to recover, and was sent on leave to England. On arrival he was given the inestimable privilege of recuperating in a Recreation Home established by the late King Edward.

Following his recovery, Charles returned to South Africa and served until the peace agreement was signed in May 1902. He returned to Australia for only a few weeks, travelling back to South Africa to take up a management position with a large gold mining company. Charles worked in South Africa for several years before moving to Stanthorpe, where he became co-owner and manager of the Beverley Tin Mining Syndicate.

At the outbreak of World War I, Charles re-enlisted for active service on 20 March 1915, aged 40. He was commissioned as Captain in the 5th Light Horse Regiment and promoted to Major on 1 May. Charles left Brisbane on active service on 16 June aboard HMAT Borda, joining the 5th Light Horse Regiment on the Gallipoli Peninsula on 25 October. The Tenterfield Star reported:

[Charles] served many weary months, being in charge of the Lone Pine trenches. He and eight men were the last of the Australians to vacate the famous Peninsula when the evacuation was carried out.

Following his evacuation from Gallipoli, Charles arrived in Alexandria, Egypt, on Christmas Day 1915.

While in Egypt, on 22 February 1916, Charles transferred to the 11th Light Horse Regiment. Charles fought in the western deserts of Egypt and Libya in the Senussi Campaign and then went onto Palestine where he was present at the capture of Beersheba and Jerusalem. In August, Charles was admitted to hospital in Egypt suffering from malaria. Following his discharge, on 3 September, he transferred from the 11th Light Horse to command the 4th Australian Camel Regiment.

Charles was twice mentioned in dispatches. The first on 3 September and again on 13 October, when he was Mentioned in Dispatches by General Sir Archibald Murray, Commander of the Egyptian Expeditionary Force. 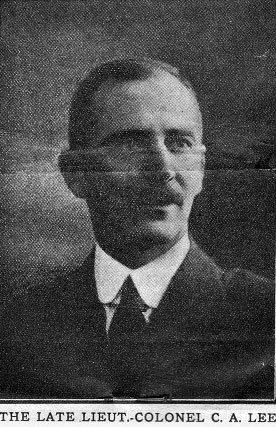 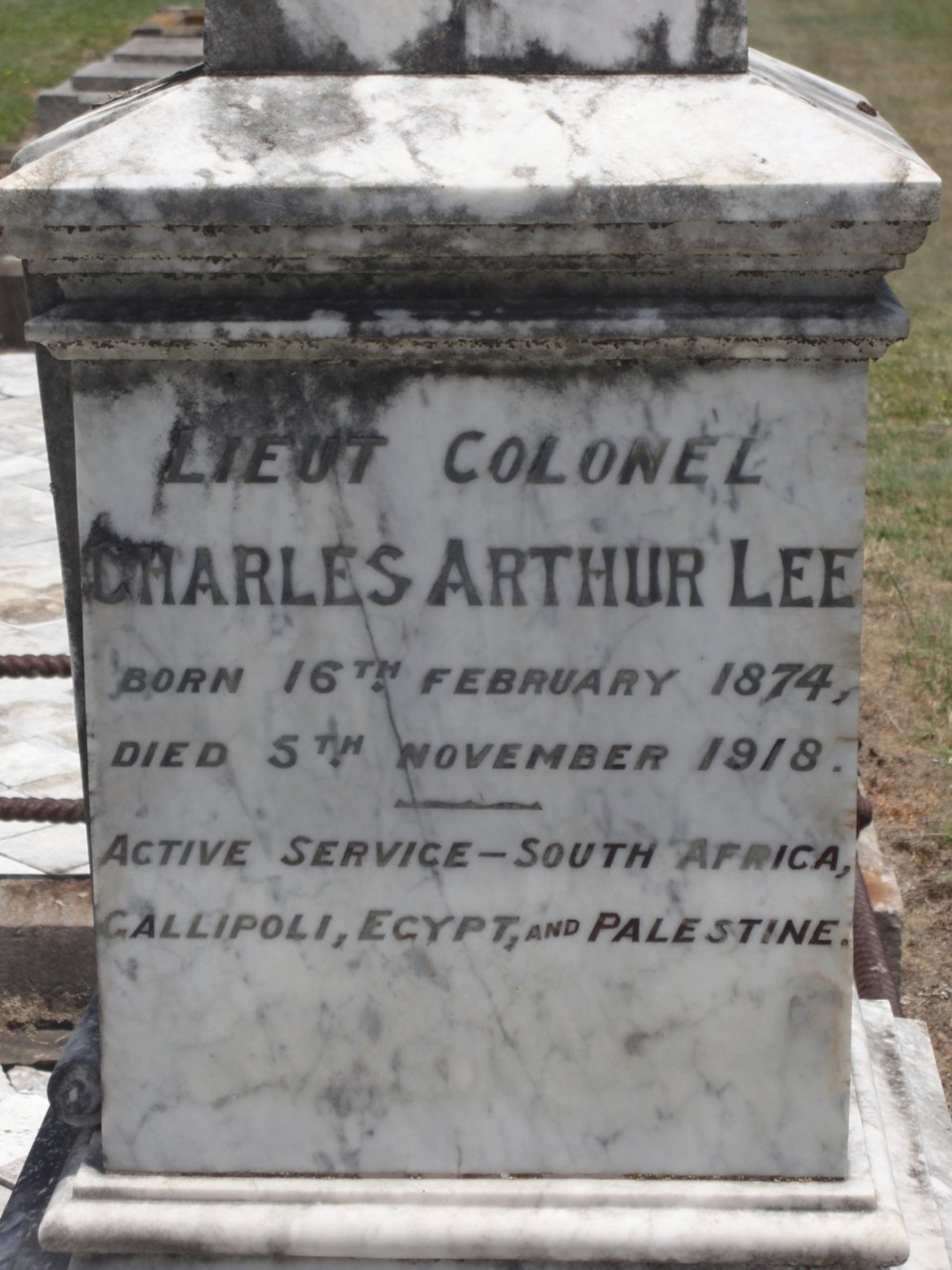 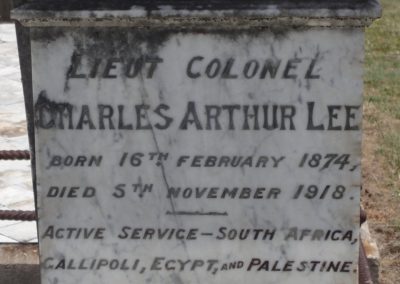 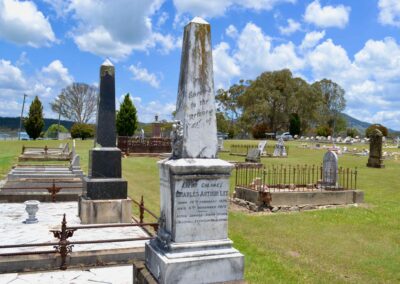 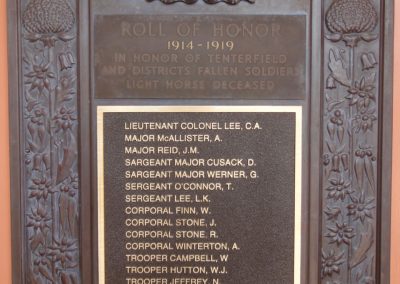 The Stanthorpe Border Post reported on Charles’ progress on 25 May 1917:

Major C.J. Lee [sic], who is fighting in Palestine, with the Australian Light Horse has been mentioned in dispatches for conspicuous bravery.  Major Lee’s friends will be pleased to learn that he has been promoted to Lieutenant Colonel and placed in charge of the Anzac Division of the Imperial Camel Forces.

In late November 1917, the 4th Anzac Camel Battalion was pursuing the retreating Turkish Army in Palestine. At the time, the Allied frontline formed a curve from the Mediterranean Sea running southeast to the Jerusalem-Nablus road. On 25 November, the Battalion moved across the Plain of Sharon to a position 13km northeast of Jaffa known as Bald Hill. It is here that Charles’ time in command of the 4th Anzac Camel Battalion may have ended somewhat controversially. Describing the events, George and Edmee Langley wrote in their book Sand, Sweat, and Camels:

The Brigade was beginning to feel the strain of continuous marching and fighting and it was welcome news therefore that they were to be relieved from Bald Hill. It was a place they all hated. The full story of Bald Hill will never be fully known, but a court of enquiry was set up and took evidence two days after the Camel Corps left. What their decision was no one ever heard, but Colonel Lee of the 4th Battalion left the Brigade a few days later for Australia. Whether he was to blame or not it is hard to say, but after his failure to relieve the New Zealanders in time at Ras el Nagb he was definitely out of favour. He could not have prevented the men being shelled out of their posts at Bald Hill as the posts were not properly entrenched. However, he did not appear to have any outpost line beyond the posts during the day and there was no depth in his defence, so that the grazing camels up near the posts afforded excellent targets when the enemy did commence shelling.

The Tenterfield Star detailed the reasons behind Charles’ untimely death:

After reaching the Jordan he became unwell owing to shell shock and the effects of gas, and was given home leave, being placed in charge of a transport on the homeward journey. Upon arrival in Australia his condition became worse, and he was placed in a military hospital in Brisbane for five months. He had only returned to his father’s home in Tenterfield about a week when his condition became serious, and he passed away suddenly in consequence of shattered nerves.

Lieutenant Colonel Charles Arthur Lee died at his father’s residence “Claremont” on 5 November 1918 aged 44. Another newspaper reported at the time:

He died of haemorrhage of the brain, following on shell shock, and hastened by the hardships and anxieties on the Gallipoli, Egypt, and Palestine fronts” (Australian Boer War memorial website).

Considering his age, no soldier of Australia had seen more service than Lieutenant-Colonel Lee, nor could anyone have worked harder or more nobly for his country.

Two of Charles’s five brothers also enlisted in World War I. Captain Frederick Edward Lee served with the 58th Battalion on the Western Front and returned to Australia unscathed. His other brother, Sergeant Lionel Kenneth Lee, fought with the 11th Light Horse Regiment and survived the fighting in the war. However, while waiting to return to Australia, Lionel died of typhus in Egypt on 5 April 1919, some six months after the end of the war. Lionel is buried in the Ismalia War Memorial Cemetery, Egypt.

Charles and Lionel Lee are remembered with honour on both the Stanthorpe and Tenterfield War Memorials.

The Tenterfield Star. 7 November 1918. Death of Lieut-Colonel Lee. His Great Services To His Country