Frank Curran was a hero and a larrikin. He was awarded the Distinguished Conduct Medal (D.C.M.) for bravery in World War I, but fearing the Sinai campaign would be too dull, he stowed away on a ship sailing to Marseilles so that he could join the fighting on the Western Front. Charged with desertion, Frank was sent back to his regiment in Egypt. During the Battle of Romani, he escaped arrest and made his way to the frontline. Fourteen times he brought wounded men back to safety before his luck ran out. Frank was mortally wounded and, according to all sources, he died a hero. 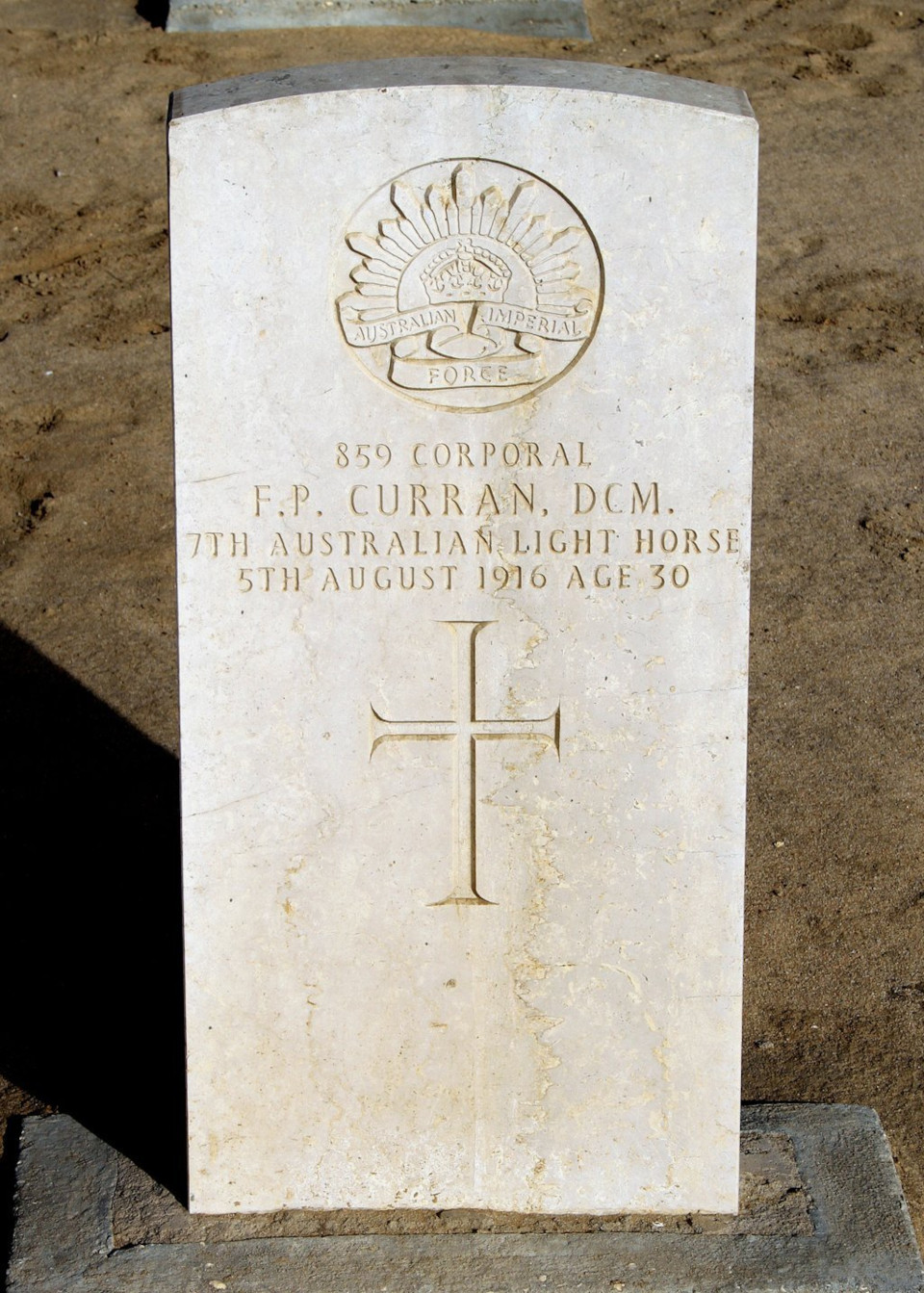 Francis “Frank” Curran, the son of Peter and Marcella Curran, of Tenterfield, grew up in that town but was living in Stanthorpe when, on 23 January 1915, he enlisted in the 7th Australian Light Horse Regiment at the age of 28.

On 9 April he embarked from Sydney with his regiment aboard HMAT Argyllshire.

Upon arrival in Egypt, Frank was sent to fight as an infantryman at Gallipoli. He landed there on 22 May and within about 10 weeks he was winning accolades for his bravery on the front line. His actions in August and early September—his “gallantry in action”—won him the Distinguished Conduct Medal on 12 February 1916.

His commanding officer had written in his commendation of Curran:

Gallant conduct as a bomb thrower in that he singlehanded on the 14th August 1915, stopped the Turks bomb fire in 10 minutes. At the beginning another bomb thrower and smotherer was wounded and removed. He stayed on by himself throwing bombs with one hand & smothering with the other, thus preventing serious damage to our works. There was no head cover and he was exposed as bombs were bursting on the parapet and in the trench all around him.

A month later, his commanding officer acknowledged the bravery shown by Frank from 4 to 6 September while he was in charge of the bomb throwers.

Corporal Curran was constantly on duty, and the work, which necessitated frequent visits to the bomb posts, was often dangerous, in spite of which his duties were carried out in an excellent manner.

The Stanthorpe Border Post reported the award of the medal and said:

Frank’s friends in Stanthorpe will be pleased to learn that he is upholding his reputation against the enemy.

Frank was again recognised for bravery when he was mentioned in General Sir Ian Hamilton’s Despatches of 11 December 1915.

After his bravery in early September, Frank was struck down by dysentery and spent several months recovering in hospital in Malta, before rejoining his regiment in Egypt.

Frank was promoted to Corporal in February 1916 but within a few months, his military career took a turn for the worse. Frank’s service record states that on 13 July he was posted as a deserter and subsequently charged for loss of kit. Frank arrived back in Alexandria, Egypt, on 15 July, having been returned from Marseilles, where it was claimed he was a stowaway. 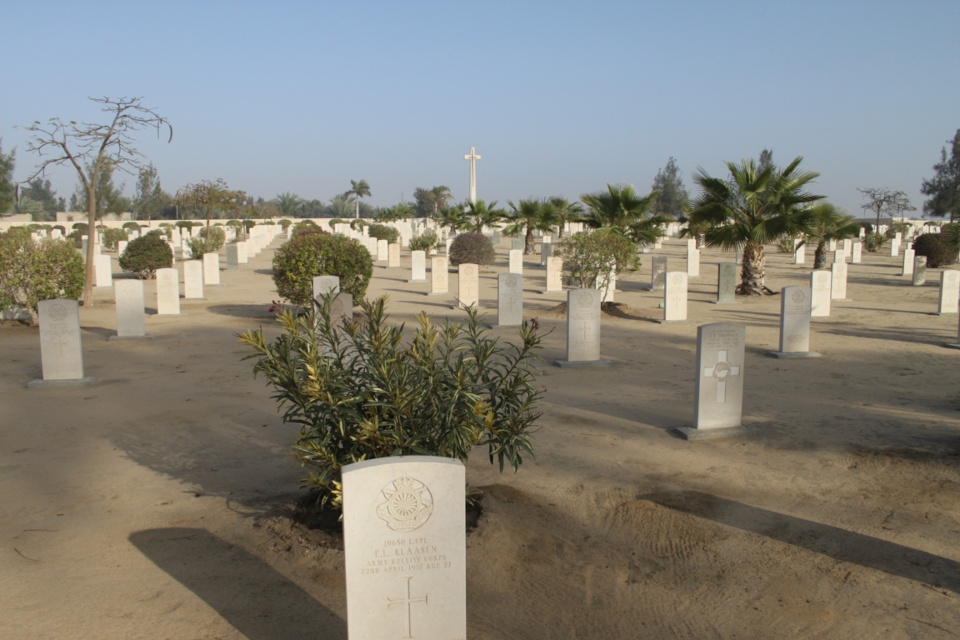 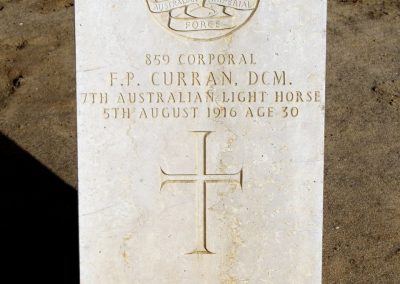 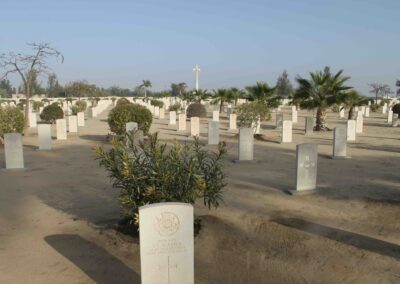 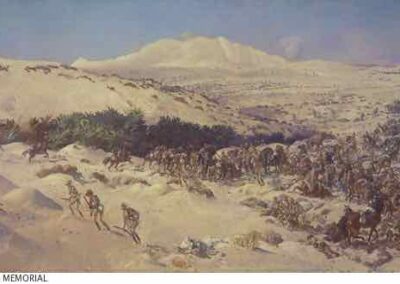 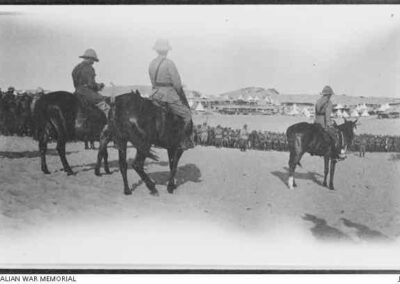 In Sand, Sweat, and Camels, authors George and Edmee Langley explain how Frank ended up in Marseilles and died at Romani on 5 August:

… [Curran] thought that Sinai would not provide enough excitement, so he stowed away on a transport for France. With several others, he was caught at Marseilles and returned, crestfallen, to Egypt. Technically, he had deserted and when the facts about him were found out he was placed under arrest. He was under arrest at the battle of Romani and his rifle had been taken away from him. He escaped from the guard, hating to miss a scrap and started out on his own as a stretcher bearer. He found his way to the front line where he gave a drink and a cheery word to the slightly wounded men. The badly wounded ones he helped or carried in himself. Fourteen times he braved the flying bullets to bring in wounded men. His luck, however, petered out and on his next errand of mercy he was killed. (Langley 1976, 46)

Private Alfred Green told the Red Cross he saw Curran, while serving as a stretcher bearer, hit in the chest by a rifle bullet, fall and die instantly. He had joined in the Romani fight as a volunteer. Trooper Colin Girdler of C Squadron regarded Curran as “the bravest man in the regiment”.

Frank’s comrades arranged for an article about him to appear in The Sydney Mail on 31 January 1917. About his death, it said in part:

While at Mohaska Camp, the Turks advanced on the Canal, and all fit men were sent to join their units. He was sent under “close arrest,” which, of course, means he was deprived of rifle and bayonet. While he was in the guard tent at Et Malir, the Turks attacked, and he immediately did all that was left for him to do. He quitted the guard tent and started to carry in his wounded comrades, and had progressed so well in his good work as to have brought in fourteen, when he was shot dead. His chum, George McGuire, was also killed at Bir el Abd. So ended the career of two brave men.

In Boundary Riders of Egypt, H. Bowden Fletcher wrote of Frank Curran’s “reckless bravery”. Lieutenant Bowden Fletcher, D.F.C., a Stanthorpe auctioneer before the war, served with the 12th Light Horse and the Australian Flying Corps. In his book, he wrote that if Curran had not been awaiting court martial he might have been awarded the Victoria Cross.

A typical Australian bushman, he gave his life that others might live, and made the supreme sacrifice on the altar of duty. To him and others of his breed does Australia owe the traditions that have grown up around the Australian Imperial Force- traditions that will be the pride and joy of countless millions of Australians yet unborn, and upon whose shoulders will rest the duty of adding lustre to the already famous name – “Anzac” (Bowden Fletcher 1919, 21).

The sentiment expressed by Bowden Fletcher was fully endorsed in a letter from the Australian Army to his mother, Marcella Curran, in May 1917, accompanying Curran’s Distinguished Conduct Medal awarded for “conspicuous bravery and devotion to duty in the field”. His “magnificent conduct on the field of battle” had helped earn Australian soldiers “a fame which will endure as long as memory lasts”.

Curran was no deserter; he was truly the bravest man in the regiment.

Australian War Memorial Collection J01203 : General Chauvel Congratulating and Thanking the 1st Light Horse Brigade For Their Work During the Battle of Romani.