It is certain the news of each Australian soldier’s death during World War I caused heartfelt sorrow and despair within his local community. But sometimes a soldier’s death gave rise to a level of grief that set that tragedy apart from most others. This was the case with Corporal Herbert Batterham, the eldest son of Thomas and Ann Batterham of Dalveen. Herbert was killed in action in French Flanders in January 1917. 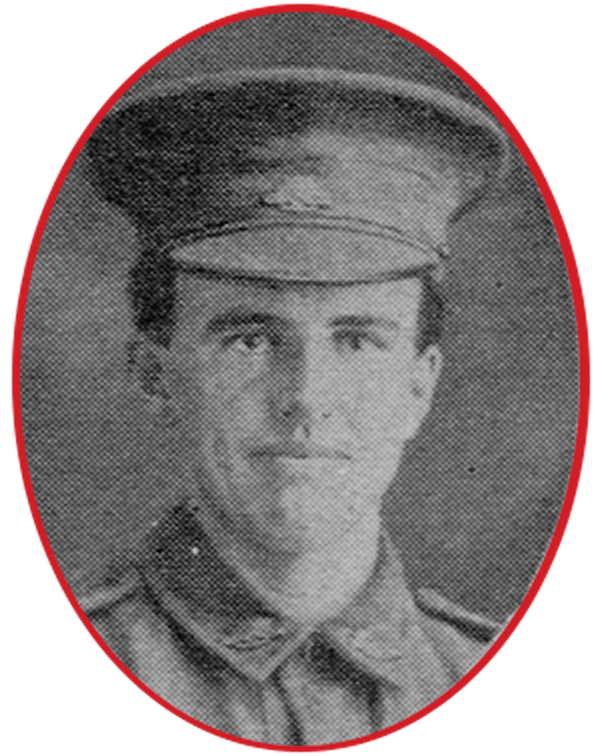 Reporting his death in a most commendable way, the Stanthorpe Border Post said:

On fame’s eternal camping ground
Their silent tents are spread
And glory guards with solemn round
The bivouac of the dead.

It is our sad duty to chronicle the death of another of our brave lads who went abroad to fight the battle of freedom. Mr.T. H. Batterham, of St Elmo, Dalveen, this week received word from the military authorities through the station master at Dalveen, that his son, Corporal Herbert Thomas Batterham, was killed in action on 29th January. He was a fine type of Australian, a good athlete, and generally respected throughout the district.  He was particularly good at tennis, and the making of a champion. His death is a great blow to his parents, but they will have the consolation of knowing that he fell in defence of that freedom and liberty which every Britisher prizes so highly. They will have the sympathy of the general community in their great loss.

As soon as he turned 18, Herbert enlisted in Toowoomba on 26 October 1915. He joined the 42nd Battalion and completed his basic training at Thompson’s Paddock, Enoggera. In early June 1916, Herbert travelled with the 42nd Battalion by train to Sydney, passing through Stanthorpe along the way.

On 5 June, Herbert departed Sydney on active service aboard HMS Borda, arriving at Suez, Egypt, one month later. Suffering from severe bronchial pneumonia, he was immediately admitted to hospital in Cairo while the 42nd Battalion continued its passage to England.

During World War I, part of the era before antibiotics, disease was a major cause of death. Brahms wrote in his book The Spirit of the Forty-Second:

Whilst steaming through the Red Sea our first casualty was sustained. One of the boys died from pneumonia and was buried at sea with full naval and military honours (Brahms 1938, 12).

On 27 August, Herbert sailed from Alexandria, Egypt, to rejoin his battalion at Larkhill, on the Salisbury Plain, England. The Stanthorpe Border Post reported that Herbert “was promoted to Corporal shortly after going into camp, and was the making of a fine soldier”.

According to Brahms, the 42nd Battalion spent its time

steadily acquiring the arts of war and assiduously training both body and mind for that great day when we should meet the enemy face to face (Brahms 1938, 13).

On 25 November, the 42nd Battalion sailed from Southampton, England, to join the fighting in France.

In early December, the battalion moved into position on the front line at Armentieres in French Flanders. Brahms wrote:

Whilst at Armentieres we occupied a sector in the Houplines district called L’Epinette Salient. The 42nd remained in this locality until relieved by the 35th Battalion on March 11th. In the meantime the usual trench warfare continued, casualties occurred daily, whilst the weather was exceedingly rigorous; in fact, it was the coldest winter known in these parts for many years past (Brahms 1938, 28). 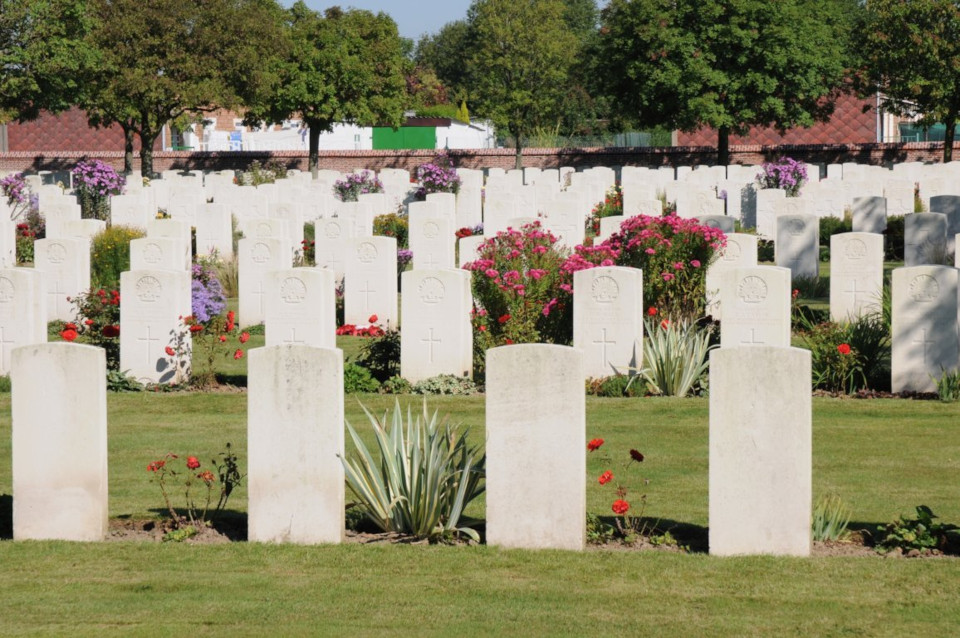 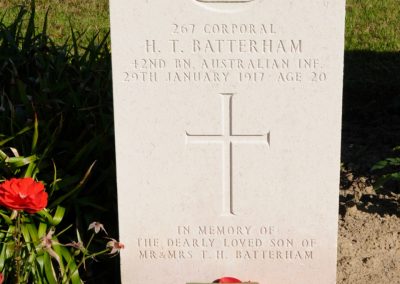 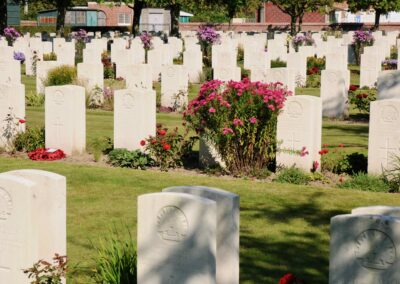 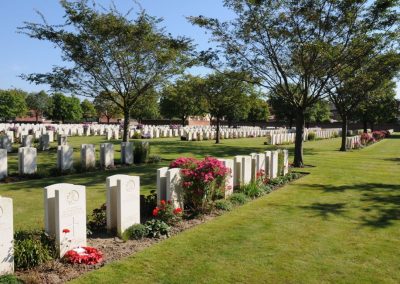 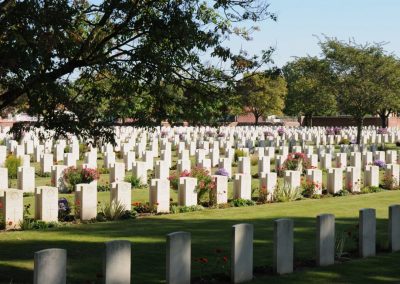 Corporal Herbert Batterham was one of the daily casualties mentioned by Brahms. At the age of 20, he was fatally wounded on 29 January 1917. Sergeant Herbert Bodger wrote to Herbert’s father:

It is a very painful duty that I have to perform in adding confirmation of your dear son’s death on active service. I am sergeant of the platoon to which your son belonged, and in expressing my sorrow, sympathy and condolences I voice the sentiments, not only of the men in the platoon, but the whole of the company.  His death was surrounded by misfortune inasmuch as he received a slight wound in the back first and whilst waiting to be taken to Hospital after being dressed was struck again in the chest by a fragment of shrapnel.  His end was as painless as it was sad.  The sad news must have come as a great shock to you and I truly wish I could write a few words that would give you comfort. There is one thing that should console you and that is the life your son led. A cleaner or more honourable man I never expect to meet.  From the whole of B Company, I send our sincere condolences.

IN MEMORY OF
THE DEARLY LOVED SON OF
MR & MRS T.H. BATTERHAM

For the Roll of Honour Circular, his father wrote that Herbert’s cousin had died in action and was awarded the V.C. No name was given, and it is difficult to determine which Australian V.C. winner this may have been.