The French village of Dernancourt was the scene of heavy fighting during the massive German offensive of March and April 1918. The Australian 12th Brigade defeated a determined German attack on 28 March but suffered 137 casualties.  On 5 April, the Germans launched a new attack near Dernancourt utilizing the full force of two and a half infantry divisions.  Greatly outnumbered, the Australian 12th and 13th Brigades resisted strongly but were eventually outflanked by the Germans. Both brigades fell back to their support positions from where a counter-attack was launched later in the day. The Germans advance was eventually pushed back and most of the lost ground was recaptured (AWM, 2018). The Australians suffered 1,230 casualties including three men from Stanthorpe.  Private Robert “Rob” Watkinson and Private Arthur “Jerry” Davis were killed in action on 5 April. Private Edmund “Ted” Stewart died in the fighting the following day. 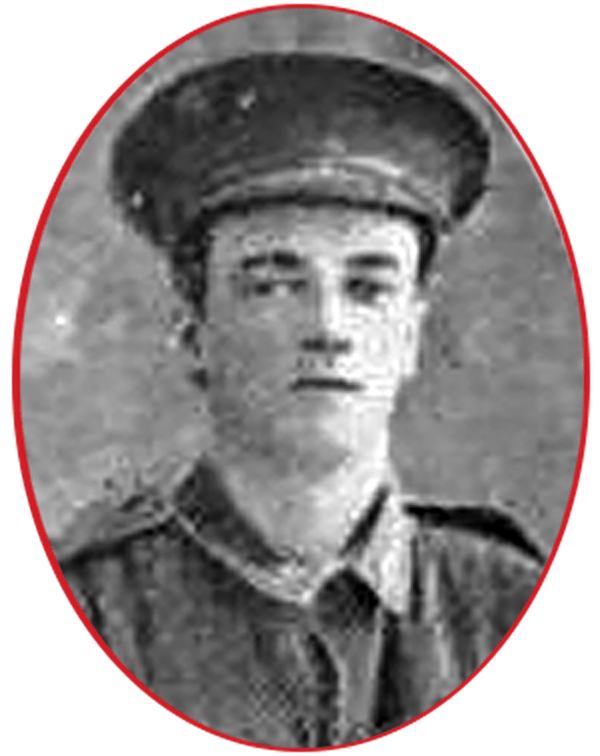 Growing up, Robert lived with his parents, Joseph and Jane Watkinson, in the family home at Kingswood Orchard, Applethorpe. Robert attended Warwick Central Boys School and became an orchardist, but his wife Ida later stated Robert worked as a window dresser and a ticket writer. A ticket writer designed and painted advertising signs that were displayed in shop windows.

Robert enlisted in Toowoomba on 14 February 1917 after previously making five attempts to enlist only to be rejected each time on medical grounds. Robert married Ida Clarice Green, of Warwick, at Neil Street Methodist Church, Toowoomba, 10 days before he embarked for overseas on active duty. The couple lived at “Lorna”, Percy Street, Warwick, with Ida’s parents.

Robert left Australia aboard HMT Miltiades on 31 July, disembarking in Glasgow on 2 October. He moved to Codford on the Salisbury Plain for four months further training. Robert attended and graduated from an Officer’s School but as there were no officer vacancies, at his own request, he was drafted into the ranks. Robert proceeded to France on 30 January 1918, joining up with the 47th Battalion on 9 February.

Private Robert Watkinson died at the Battle of Dernancourt on 5 April 1918 at the age of 27 years. On 27 March, the 47th Battalion was ordered into action in an attempt to hold the line at Dernancourt. Together with the other battalions of the Australian 12th and 13th Brigades, they dug in, and despite being heavily outnumbered, fought off daily attacks from the enemy. The 47th Battalion held the line but on 5 April

unfortunately for the 47th, the numerically weakest battalion in the line, it would bear the full force of the heaviest attack ever made against Australian troops during the First World War (Deayton 2011, 217).

The German attack broke through the 47th Battalion lines before the Australians forces were able to regroup and launched a heroic counter-attack against the advancing Germans. The disproportionate cost of the fighting for the 47th Battalion between 27 March and 5 April was a total of 503 casualties (Deayton 2011, 253).

I know Watkinson was killed on April 5th at 5 o’clock in the afternoon – 600 yards on the south side of Albert and Amiens Road half way between Albert and Lavieville. He was shot through the forehead and died instantly. He was never buried as he was halfway between us and Fritz, there were about 50 others too. We could not get at them, but shortly after we were relieved by the 2nd Division, it is possible they may have been able to get the bodies in and bury them.

Private Charles May from Brisbane told the Red Cross:

I was near Albert on Apr.5/18. Watkinson was there. We were on open ground. We had just driven back the enemy and were holding on till relief. Watkinson was shot through the head by a sniper about 1 yard from me. He died at once. I cannot say if he was buried, as we left that night for billets. I have already written to his wife. 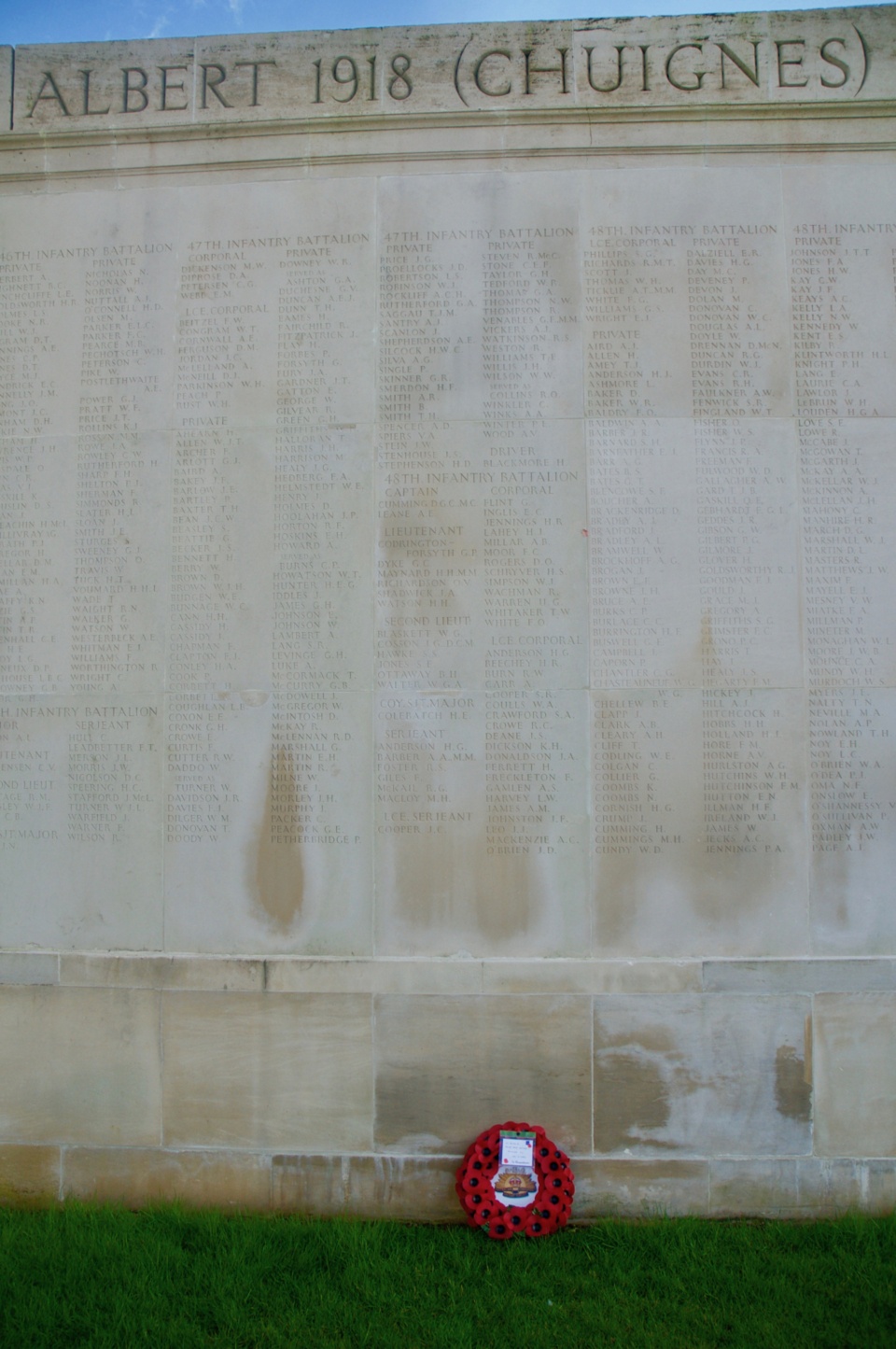 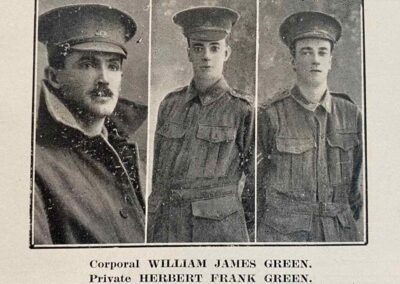 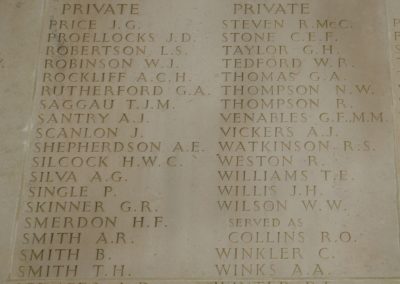 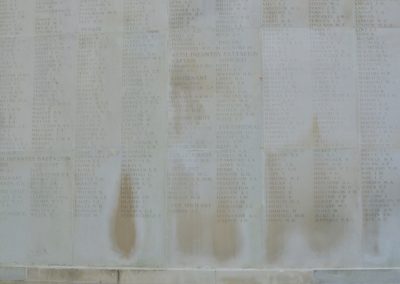 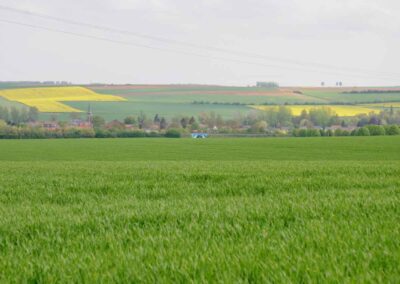 Private Robert Watkinson is mentioned in the book Australia’s Fighting Sons of the Empire:

…He was attached to the 47th Battalion, and fell in the defence of Amiens on 5th April, 1918. The Battalion suffered very heavily, and had to be disbanded owing to the lack of reinforcements. His mate, writing to his wife, said: “He had been fearlessly and bravely fighting by my side during the whole period, but we were up against overwhelming odds, and it was while what was left of our Battalion was making a good stand that poor Rob was shot by a sniper. (Jackson & Co 1919, 361)

On 7 April 1919, Ida Watkinson wrote to Army Base Records:

Please advise me if any particulars have come to hand regarding the death and burial place of my husband R.S. Watkinson who was killed in France on 5th April 1918. I have never received any definite information as to where he is buried, or if his body was recovered by our own men. Up to date I have not received any of his personal belongings although his officer told me some would be forwarded. Any information you can supply will be greatly appreciated.

Ida never received Robert’s personal belongings as they were lost at sea with the sinking of SS Barunga. While heading to Australia, SS Barunga was hit by a torpedo from a German submarine 240km south-west of the Isles of Scilly on 15 July 1918. There were 800 sick and wounded men onboard but all were rescued by nearby destroyers.

Army Base Records wrote to Ida on 4 July 1922 that although they had said on 3 August that her husband had been buried in the Military Cemetery, Dernancourt Railway Line, Albert, overseas authorities now said it had not been possible to find his grave.

Failing the recovery and identification of the actual remains, it is the intention of the authorities to perpetuate the memory of those fallen by means of collective memorials on which the regimental particulars of the soldier and date of death will be inscribed.

Private Robert Watkinson is remembered with honour on the wall of the Australian National Memorial at Villers-Bretonneux, France.

A cable has just been received reporting that Lieutenant Verne Watkinson, serving in France with the A.I.F., is missing.  This young soldier enlisted early in the war and was wounded on Gallipoli and after his recovery was ordered to the Western front, from which centre this disquieting news has been received.  Lieutenant Watkinson is the son of the late Mr. Joseph Watkinson, of Applethorpe, whose second son and son-in-law are now in camp.  The two boys are nephews of Mr. & Mrs. J Warren, of Stanthorpe.

The book Fighting Sons of the Empire, carries a photograph of Private Robert Watkinson alongside two of his brothers-in-law from Warwick, Privates William and Herbert Green, who both survived the war and returned to Australia.

Australia’s Fighting Sons of the Empire. Portraits and Biographies of Australians in the Great War. Sydney. Jackson & Co. p. 361

The Village of Dernancourt.