Stephen Brett was the second of seven men from the Granite Belt who died in October 1917 during the Battle of Passchendaele. Stephen died in the attack on the village of Passchendaele by the Australian 2nd Division that suffered 1,253 casualties in the fighting that day. When the Army informed his family of Stephen’s death, the telegram contained the wrong service number, leaving his family wondering whether Stephen or another soldier had been killed. It took more than two weeks for the Army to confirm that it was Stephen who had been killed. 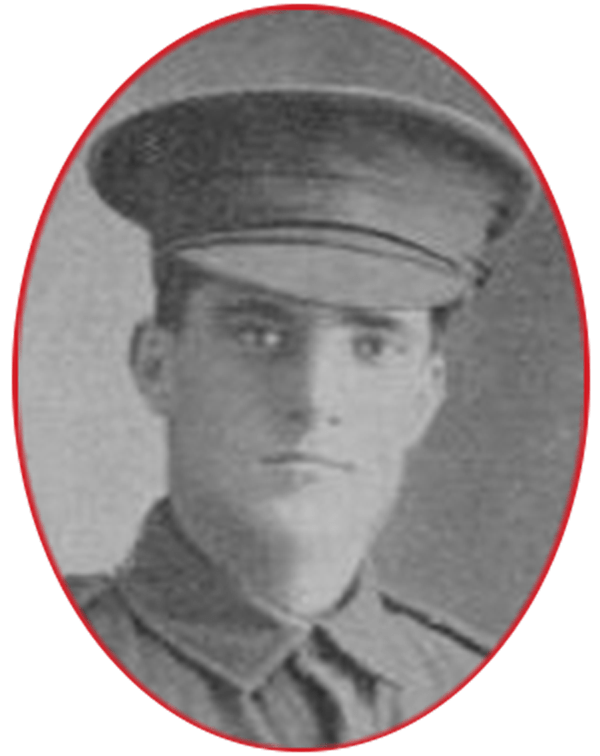 Stephen Prosser Brett was born in Roma, one of six surviving children of William and Selina Brett. William Brett died of cancer in February 1910 while the family was living at Red Hill, Brisbane. Following her husband’s death, Selina moved with her four daughters and two sons to live at Thulimbah.

Stephen was a 23-year-old orchardist when he enlisted in the Australian Imperial Force (A.I.F.) on 22 September 1915 in Toowoomba. He joined the 10th Reinforcements of the 26th Battalion and left Queensland on active service aboard HMAT Commonwealth on 28 March 1916.

After undergoing training on the Salisbury Plain, England, Stephen joined his battalion in France on 8 August 1916. The 26th Battalion was in a rest area on the Somme, recovering from the attack on Pozieres Heights from 4 to 6 August. The battalion was in desperate need of reinforcements after suffering 383 casualties in the Battle of Pozieres: 32 men killed, 203 wounded, and 148 missing.

Stephen had a number of visits to hospital while on active service in France. He fell ill with influenza, and then tonsillitis, in October 1916 and spent two weeks in hospital. He was struck down by a severe case of trench feet in February 1917. He spent several months recovering at the 3rd Australian General Hospital, Brighton, England. Following his discharge from hospital, Stephen had two weeks leave in England, before rejoining his battalion in France on 3 July.

The Battle of Passchendaele had been underway since late July. The 26th Battalion, as part of the Australian 2nd Division, joined in the first Anzac-led attack on 20 September in the Battle of Menin Road. On the night before the attack, the battalion moved to its jumping-off position at Bellewaarde Lake, near Ypres. According to the War Diary of the 26th Battalion:

The night was very dark and there was a good deal of confusion on the duckboards with troops of the 10th and 12th Battalions who appeared to be lost. This confusion was accentuated by the enemy putting over a few gas shells. (AWM 1917) 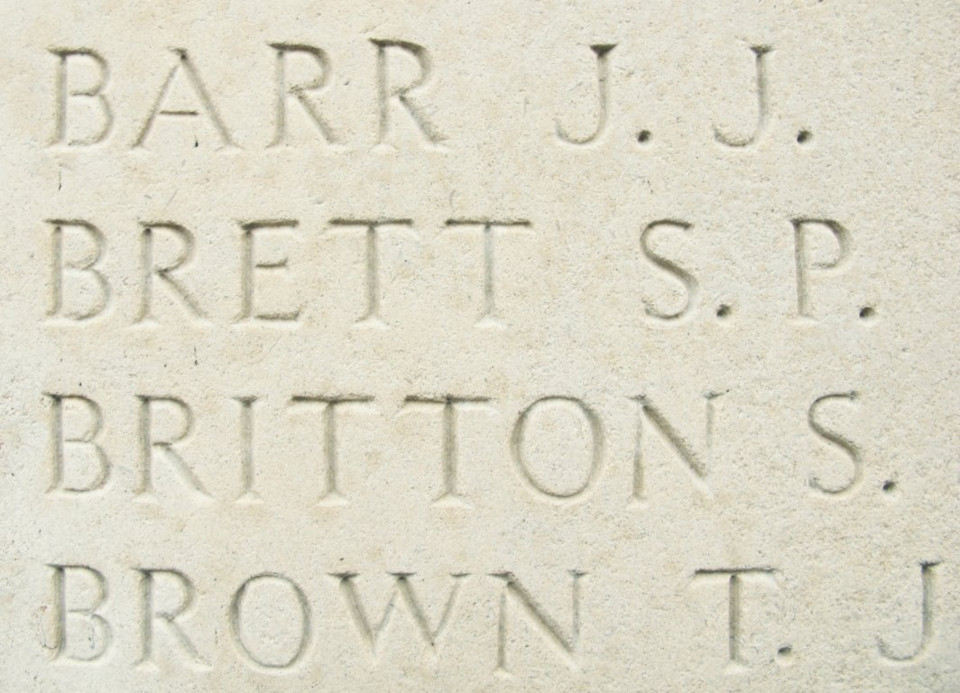 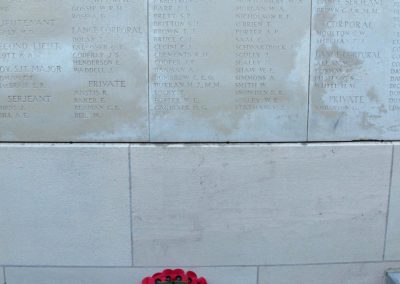 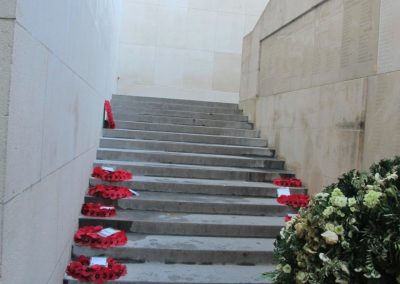 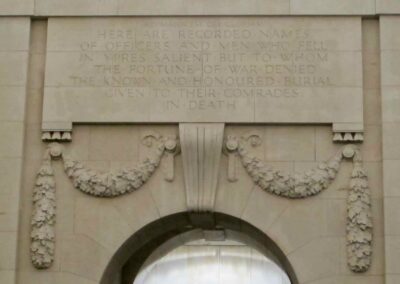 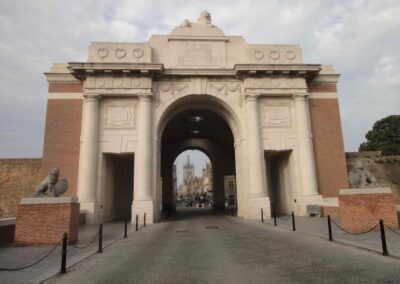 The next attack for the 26th Battalion was in the Battle of Broodseinde Ridge that began on 4 October.  The War Diary noted that the battalion was in position for the attack at St. Joseph’s Ridge when

there was some intermittent shelling until 5.30am when the enemy put down a deep and heavy barrage inflicting a fair number of casualties. From information received later the enemy had massed for an attack and this was his protective barrage. [The] attack never eventuated being smashed by our own barrage. (AWM 1917)

At zero hour the 26th Battalion advanced and made good progress across extraordinarily difficult country while under a heavy artillery barrage. The battalion fought its way through Zonnebeke village, capturing enemy machine gun and trench mortar posts along the way. They advanced up and over the Broodseinde Ridge and then dug in on the forward slope of the ridge. The 26th Battalion was relieved early on 6 October but by then had suffered 257 casualties in the attack.

The 26th Battalion was called into action only three days later when the Allies began their advance onto the village of Passchendaele. The battalion was in the vicinity of Thames Wood and moved forward under extremely adverse conditions to take up position in the old front line. Here they held the line until relieved by the 45th Battalion the next day. In the fighting on 9 October, the 26th Battalion suffered 26 casualties including Private Stephen Brett who was killed in action.

Constant rain and artillery fire had turned the battlefield into a quagmire. The deep mud brought the Allied advance to a halt, swallowing up both men and machines. Stephen Brett has no known grave and is one of the 6,000 missing Australians remembered on the Menin Gate at Ypres. The Menin Gate records the names of 55,000 Allied soldiers with no known grave and there are another 35,000 missing remembered at the Tyne Cot Memorial near Passchendaele.

Mrs Brett, Thulimbah, has received word from the Base Records Office, Melbourne, that her son, Private Stephen Prosser Brett was killed in action on the 9th October, in France. The deceased young man came to the Thulimbah district about ten years ago, and was widely known and highly respected throughout the district. He enlisted in Stanthorpe in October, 1915, and after about nine months in camp he left Australia with the 26th Battalion. After undergoing further training at Salisbury Plains he went to the front, where he has been practically ever since. He was 25 years of age. Much sympathy will be felt for his mother and other relatives.

The following day, his mother wrote an urgent letter to Army Base Records saying that on 15 November she had received a wire informing her that Stephen had been killed in action in France. However,

in the shock of the tidings, I did not notice the number sent 4978 is not my son’s number. Can you please let me know what number came through from the front as soon as possible, as I am very anxious.

Arthur Searle, a returned soldier and family friend, also wrote to the Army on 1 December requesting any information regarding the death of Stephen. He explained the cable sent to his mother incorrectly stated Stephen’s service number and so

you can imagine the state his people are in as some doubt exists regarding his number. You could enlighten them somewhat considerably in their trouble if you could give them more information.

Army Base Records replied to Stephen’s mother on 11 December:

With reference to the report of the regrettable loss of your son, Pte. S.P. Brett, I have to state the records here show this soldier’s regimental number to be 4098. If the wire bore the number 4978, the error was evidently due to a mutilation in transmission of the message.

Stephen’s service record incorrectly states his middle name as Proesser instead of Prosser. The incorrect spelling was used for the Memorial Plaque and Scroll sent to his mother in October 1922. His mother wrote to the Army “the mistake is so slight- I will gladly take the memento as it stands.”

For the Roll of Honour, his mother wrote of Stephen: