Three weeks after World War I began, Thomas Browne, of Dalveen, enlisted. He joined the Australian Light Horse and was part of the first Australian contingent that set sail from Albany to join the fighting in Europe in November 1914. Thomas fought as an infantry soldier at Gallipoli before returning to Egypt to rejoin the 2nd Light Horse. He took part in the Allied campaign against the Turkish forces in the Sinai and Palestine. Thomas died in the fighting following the Second Battle of Gaza and is buried in Deir El Belah Cemetery in the Gaza Strip. 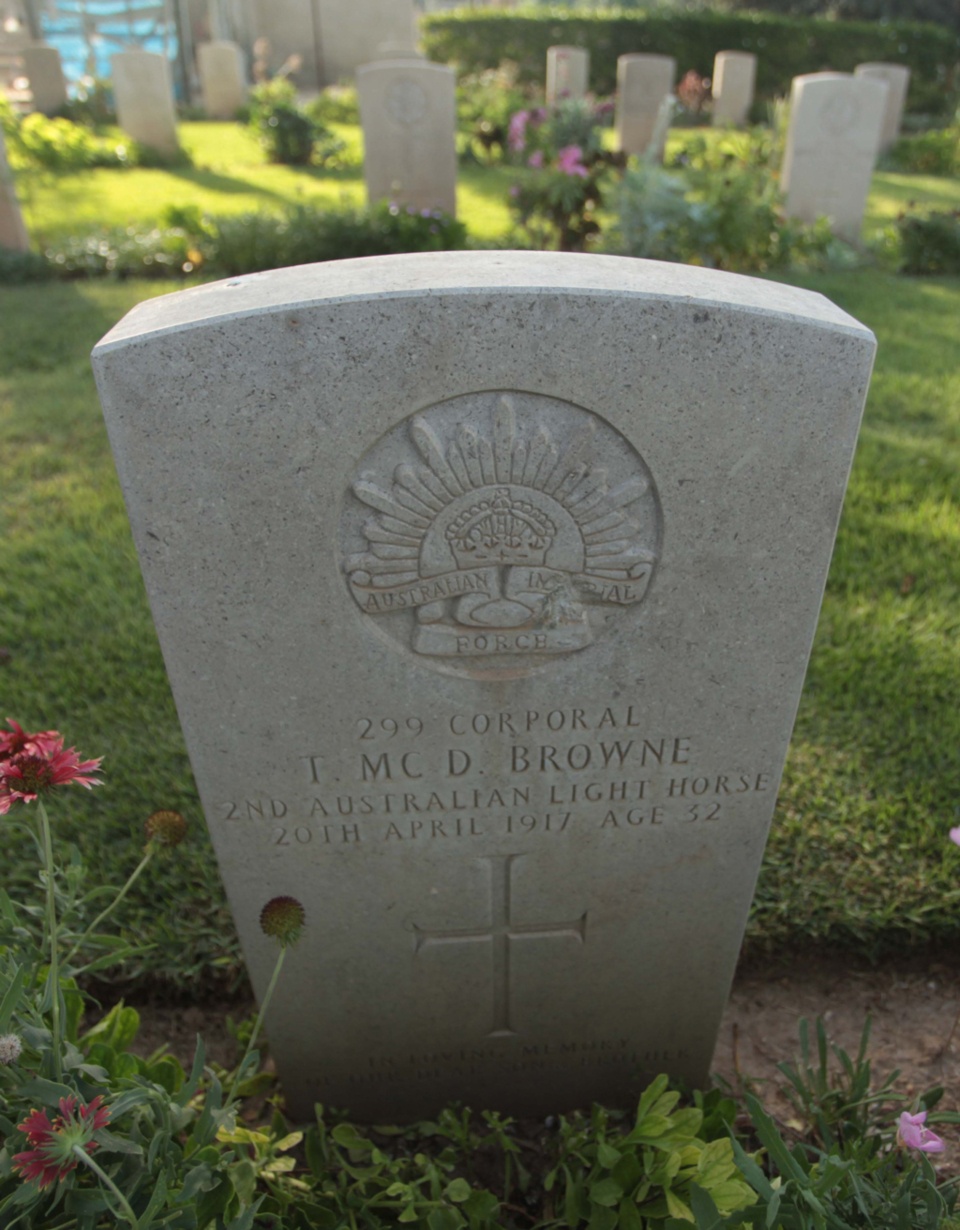 Thomas Browne, the son of Michael and Margaret Browne of Mount Janet, Dalveen, was 27 when he enlisted on 24 August 1914 in Warwick. Thomas had already served three years in the 14th Light Horse Regiment in Stanthorpe. He joined B Squadron of the 2nd Australian Light Horse Regiment, 1st Light Horse Brigade.

The 2nd Light Horse Regiment left Brisbane aboard HMAT Star of England on 25 September 1914 heading for Melbourne where the regiment trained until 20 October. From Melbourne the regiment sailed to Albany, Western Australia, where it became part of the First A.I.F. and New Zealand Expeditionary Force.  Comprising 38 troop transports and an escort of six cruisers, the force sailed for Egypt on 1 November.

On 9 December Browne’s regiment disembarked at Alexandria, Egypt, and travelled by train to Cairo where the regiment underwent months of extensive desert training.

Upon returning to Egypt, the 2nd Light Horse Regiment spent several months protecting the Upper Nile before in May 1916 moving to Romani to defend the Suez Canal. The regiment undertook grueling desert patrols and at all times was under the threat of attack from German aeroplanes. According to Lieutenant Colonel Bourne in his book, History of the 2nd Light Horse Regiment A.I.F.,

We were visited almost daily by hostile planes, as at this time the enemy had complete mastery of the air. There was no chance of concealment, so whenever the alarm was given, the horses had to be led off the lines and scattered. (Bourne 1926, 32)

As part of the Anzac Mounted Division, the 2nd Light Horse took a central role in turning back the Turkish attack in the Battle of Romani on 4 August. The regiment took over 1,000 Turkish prisoners and captured a number of machine-guns, but lost ten men in the fighting with another 22 men wounded (Bourne 1994, 41). Corporal Frank Curran D.C.M. of Tenterfield was killed during the Battle of Romani.

Thomas Browne was detached to the Regimental Camel Transport in October 1916 before returning to the 2nd Light Horse in February 1917. He was promoted to Temporary Sergeant. 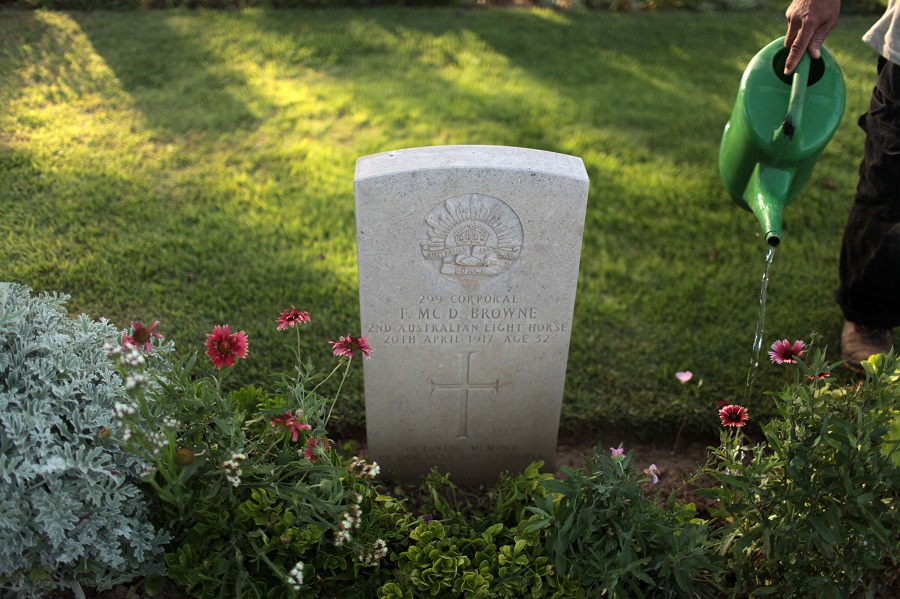 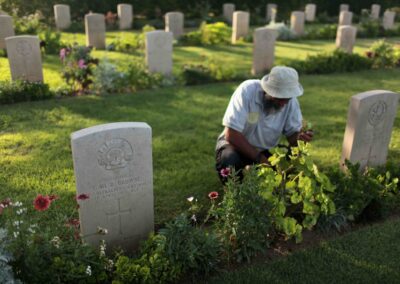 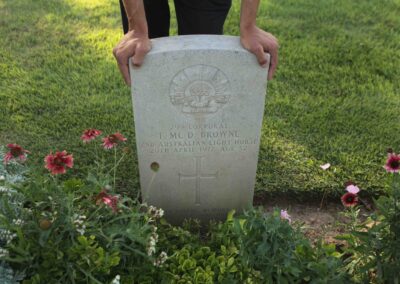 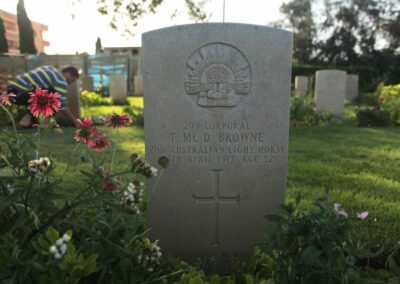 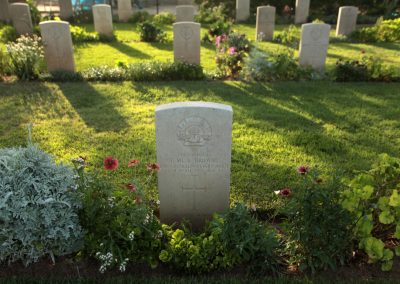 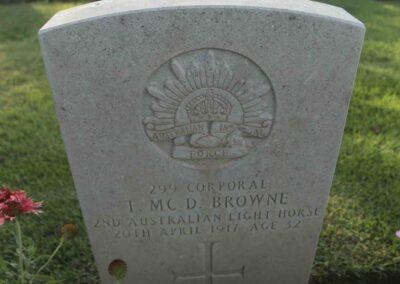 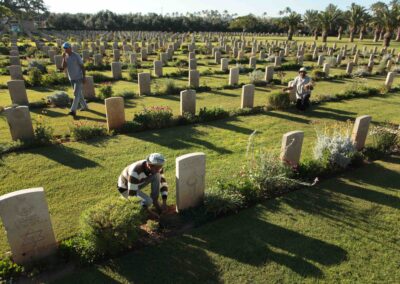 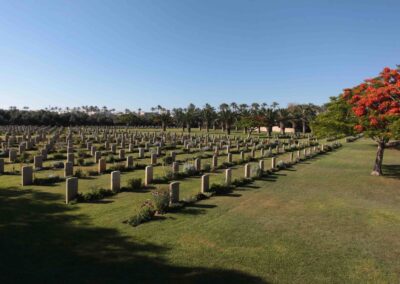 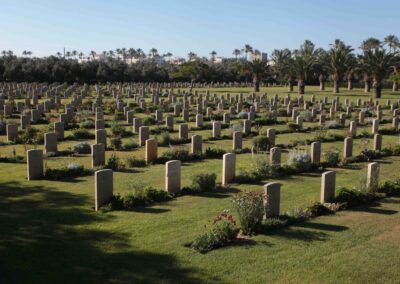 On 8 April 1917, the regiment was in position at Khan Yunis, the assembly point for mounted troops in the Second Battle of Gaza. From there they moved forward towards the Turkish lines and before dawn on 19 April were at Khirbet Erk. Across a front of 35km the Second Battle of Gaza began and the 2nd Light Horse was called into action at Baiket-el-Sana. There the regiment successfully fought off an enemy infantry attack and was comfortably holding the line. Elsewhere along the front line, the attack was faltering, however, and the 2nd Light Horse was given the order to withdraw.  The regiment moved to a position west of We’Li Sheikh Nuran arriving there in the morning of 20 April.

Lieutenant Colonel Bourne described the events of that day:

As the Column moved off, about mid-day, it was heavily bombed by three enemy ‘planes. We suffered the following casualties.-
Killed: One officer and one other rank
Wounded: Seven other ranks
We also lost forty-one horses. (Bourne 1916, 43)

Temporary Sergeant Thomas Browne was wounded in this attack and died later that day. He was 29. The Reverend F.J. O’Connor buried Thomas in the Military Cemetery at Deir El Belah.

Trooper Russell Williams of B Squadron told the Red Cross:

On April 20th the 1st Brigade were on a plain between Khan Yunis and Tel-el Jemmy awaiting a massed attack of the enemy’s cavalry. Browne was about 100 yards away from informant. At about 9 a.m. 3 enemy planes flew low over the Brigade; doing much damage. All the men, informant says, dismounted and lay flat. For some reason Sergeant Browne stood up. Informant says he saw a bomb burst near Browne wounding him in the leg, arm and stomach. He was put on a stretcher and carried to Khan Yunis where his leg was amputated that afternoon. He died the next day and was buried on that evening April 21st at the cemetery at Tel-el-Jemmy. Lieutenant Chambers has a photo of Sergeant Browne’s grave and has shown it to informant. The grave informant says is a lovely one done up by the men of the Squad with fully marked Cross on it, railed in with proper railings and the letters R.I.P picked out on the grave in sea-shells.

News was received by the Shire Clerk on Tuesday that Sergeant Thomas McDonald Browne, of the 2nd Light Horse, had been killed in action.  Father Murphy left on Wednesday morning to convey the sad news to Sergeant Browne’s father at Mount Janet.  The deceased was about the first to enlist from the Stanthorpe district.  He joined the 2nd Light Horse and fought through the Gallipoli campaign.  He then returned to Egypt, and has since been on active service against the Turks.  His death is deeply to be deplored, and we feel sure the sympathy of the general community will go out to his father and relatives in the loss of a brave son.  Joining as a Private, Trooper Browne rose to Corporal and later to Sergeant, and no doubt had he been spared he would have risen still higher in the ranks.  He has laid down his life for his country and in defence of principals [sic] which will give his name and those who have fallen with him an honoured place in the esteem and affections of the people of this country.

Ashraf Amra, a photographer from the Palestinian territories, took the accompanying photographs of Thomas’ grave in Deir El Belah Cemetery in June 2014. According to the Commonwealth War Graves Commission, Deir El Belah is located in Palestine, about 16km east of the Egyptian border, and 20km south-west of Gaza.