The experiences of two cousins, in two different wars, produced a startling contrast in terms of war service. The cousins belonged to the Marstella family, of Stanthorpe and Tenterfield.  Thomas William Marstella was killed in World War I after he had been fighting for only one week on the Gallipoli peninsula. His cousin, Raymond Thomas Marstella, born two years after Thomas’s death, died after four years of service in the air force in World War II. 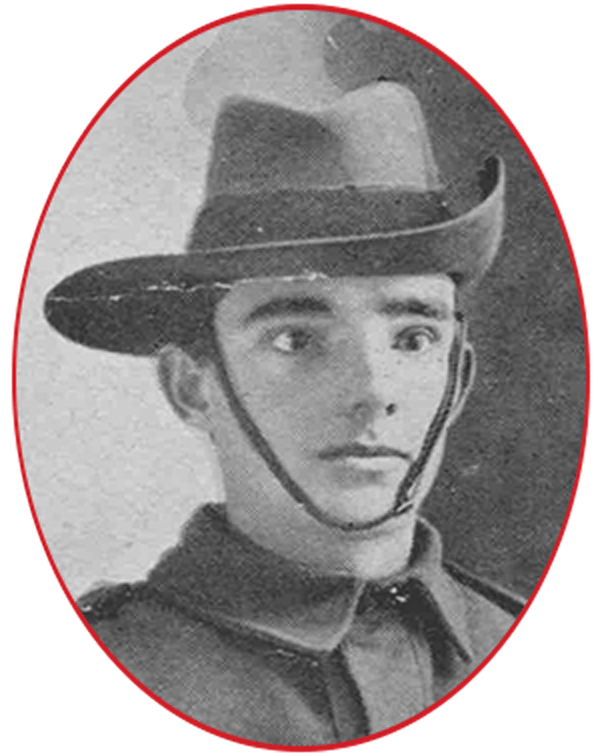 Thomas Marstella was born in Tenterfield in 1894, the third son of Eli and Agnes Marstella. Their first son Sydney, died in the year he was born, 1890, and their second son, Frederick, born in 1891, enlisted for active service on 5 October 1914, less than a fortnight before his 23rd birthday. The two boys had lost their mother on 19 March 1897 when she died at Leech’s Gully, near Tenterfield. Frederick was five and Thomas, three. Their father married Mary Agnes Cooper a year later and had four more children. Eli died on 5 September 1914, a month after the war began, and was buried in the Stanthorpe cemetery.

Thomas, who had been working as a miner, named his step-mother as his next-of-kin when he enlisted in Stanthorpe on 19 March 1915. He left overseas on active service from Brisbane aboard HMAT Karoola on 12 June 1915. Together with the rest of the 6th Reinforcements, he joined the 15th Battalion on the Gallipoli Peninsula on 2 August. Thomas was part of the 20 battalions of reinforcements that landed at Gallipoli in preparation for the vast Allied offensive, planned to begin on the afternoon of 6 August (Bean 1946, 141).

The Australian 4th Infantry Brigade consisted of the 13th, 14th, 15th and 16th Battalions. The objective of the August offensive for the 4th Brigade was to capture Hill 971, the summit of the Abdel Rahman Bair mountain range. The plan called for the 4th Brigade to take up the extreme left position of the advance. The 4th Brigade was to move up the beach from Anzac Cove and then head towards the last spur of the Abdel Rahman Bair range. At this point, the 13th and 14th Battalions were to head north and form a series of outposts. The 15th and 16th Battalions were to attack the heights of Abdel Rahman Bair and then follow the crest of the spur to the top of the main range, Hill 971 (Chataway 1948, 68).

The 15th Battalion began its attack on the night of 6 August, first moving through territory that should have been cleared of enemy troops. This was not the case and the 15th Battalion came under heavy fire. Throughout the night, the battalion faced tough resistance and at times was engaged in fierce hand-to-hand fighting.

The enemy appeared to be in parties of twenty to thirty, and as the country was very broken and very steep, their well-hidden riflemen had clear warning and ample time to train their weapons upon the advancing scouts. (Chataway 1948, 72)

The 15th Battalion suffered many casualties and by daybreak the advance had ground to a halt.

What deeds of heroism were performed before the light of day will never now be known. (Chataway 1948, 73)

The following day, the 15th Battalion dug in to consolidate the ground they had won. This was exhausting work under the intense heat of the August sun with the troops constantly under enemy fire. Then, in the early hours of 8 August, the order came for the assault to resume.

There was no action upon Gallipoli Peninsula, excepting, perhaps, the landing itself, which paralleled the attack by the Fourth Brigade upon the heights of Abdel Rahman Bair on the morning of August 8. When a disaster of such appalling magnitude occurs as that which befell the 4th Brigade on the morning of the 8th, it is impossible to obtain a true picture of the scene. (Chataway 1948, 78)

Their first line of men were sitting, the second kneeling, and as the spur got steeper, the lines of men stood up and fired over one another. It enabled them to bring about eight or nine lines of rifle fire to bear upon us. Up to this time, it was the worst rifle fire I had ever experienced in the open. We had a lot of 6th Reinforcements with us, but I must say that I never saw men show finer courage. (Chataway 1948, 79) 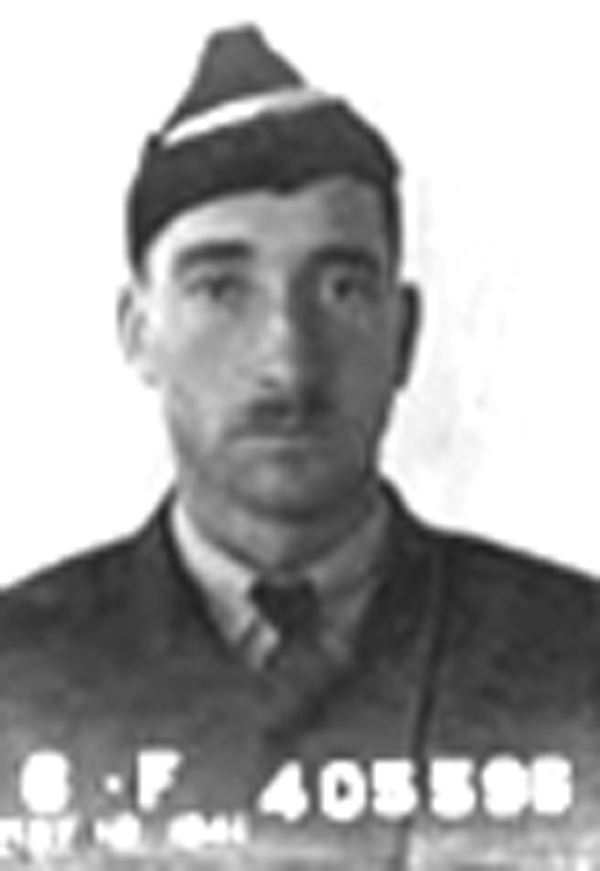 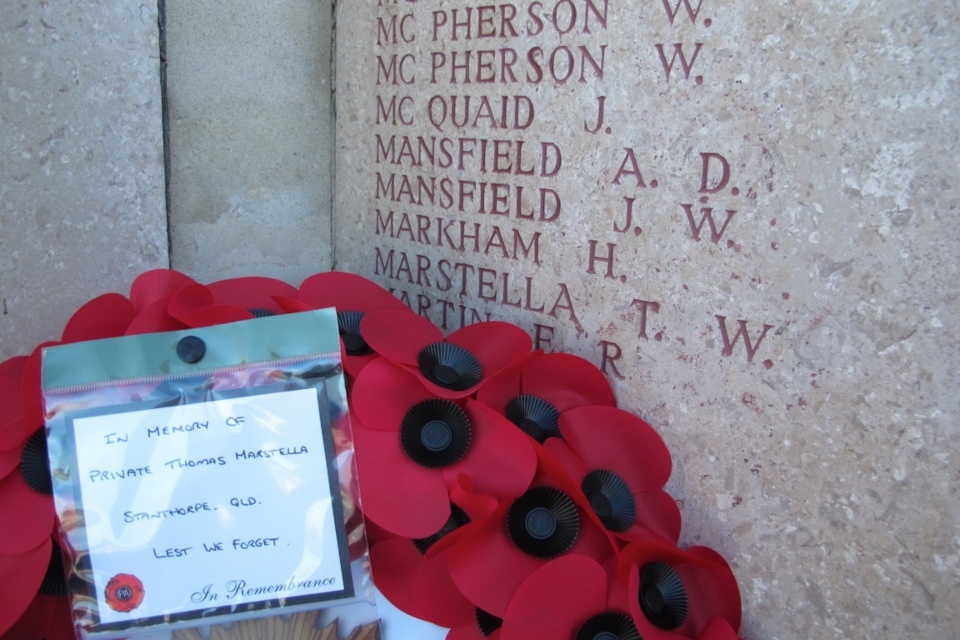 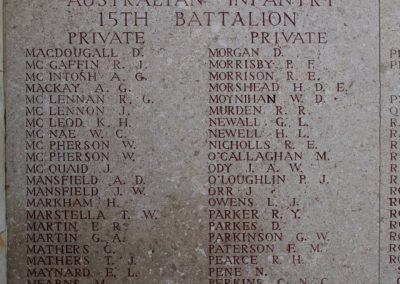 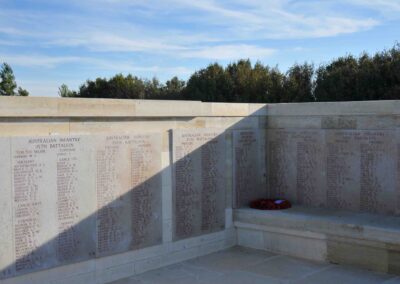 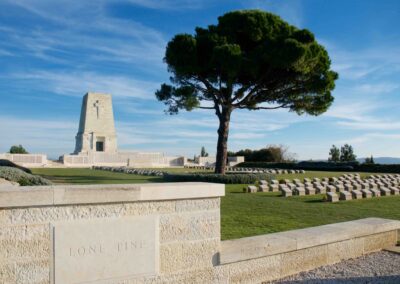 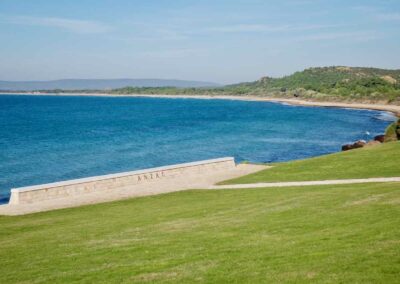 It appears Thomas’s family was first informed he had been wounded in action. A telegram, sent to Mary Agnes Marstella, at Ballandean, on 14 September 1915, said:

Regret Private T.W. Marstella wounded between 7 and 8 August not reported seriously no other particulars available will immediately advise anything further received.

The Stanthorpe Border Post reported on 24 September 1915 that Thomas had been wounded in action:

Word was received by Mr F.C. Marstella at the beginning of the week that Private T.W. Marstella had been wounded at the Dardanelles. Private Marstella enlisted at Stanthorpe and was attached to the 15th Battalion, 6th reinforcements.

Thomas’s family was understandably keen to find out more information and so on 16 October, an uncle Frederick Marstella, wrote to Army Base Records asking:

Could you give me any information as to the extent of the wounds of Private T.W. Marstella No. 2166 6th Reinforcements 4th Infantry Brigade (Queensland) wounded about 8th August last. Also his present address would be much appreciated.

On 24 October the Officer in Charge of Base Records wrote:

… it is regretted the name of the hospital in which No. 2166 Private Thomas William Marstella, 15th Battalion, is located and the nature of his wound are not at present known here. He is not reported as seriously wounded and Egypt advises in the absence of further details, it is to be assumed all such cases are progressing satisfactorily. Next of kin will be promptly advised upon receipt of any later information.

It appears that Thomas’s family was left to believe that he had been wounded, but not seriously, and that he was recovering in an unknown hospital.

The reality was revealed in Thomas’s Red Cross File in a statement from Private John Hackett, of Dungog, New South Wales, regarding Thomas and two other men:

I knew them very well. They were in Camp with me at Ennoggera [sic], Queensland, and came over with me on the Karoola in the 6th. Reinf to the 15th. Batt. They were killed on Aug. 8th. at Sari Bahr. I did not see them but men of the Battalion informed me of their deaths that same day. They were my best “cobbers” and I made enquiries for them. I am sure they were “knocked” that day.

Thomas’s service record does not reveal when his family was formally informed of his unfortunate death. However, at a Court of Enquiry held at Serapeum, Egypt, on 6 April 1916, it was found that Thomas was killed in action at the Gallipoli Peninsula on 9 August 1915.

Private Thomas Marstella has no known grave but he is remembered with honour on the Lone Pine Memorial at Gallipoli.

Thomas’s brother, Frederick, served with No. 4 Australian Driver Supply Column in France during World War I. Frederick survived the war and returned home to live in the Stanthorpe area and later Brisbane. He died in Orange, New South Wales, in 1964.

Frederick Charles, an uncle of Thomas and Frederick junior, married Sarah Jane Herbert in 1902 and they had three sons and three daughters. The third son, Raymond Thomas, born on 20 June 1917, was educated at the Slade School, Warwick, and worked on the family property, ”Langlands”, at Stanthorpe. He enlisted in World War II and served as a flying officer in the Royal Australian Air Force. Shortly before leaving for overseas, he married Ellen Euripides Smith, of Stanthorpe, at the Chapel of the Slade School on 4 December 1940. They had a daughter, Crystal, born shortly after he left for overseas.

Raymond served for four years only to be killed in a non-operational flight on 14 January 1945 and is buried in Harrowgate (Stonefall) Cemetery, England.

The Warwick Daily News reported his death on 26 January 1945:

Mr. and Mrs. F.C. Marstella, “Langlands,” have received the sad news that their son, Flying Officer Raymond Thomas Marstella is missing, but believed to have lost his life on 14th January, as the result of a non-operational flight. The known details are that he was a member of the crew of a Sunderland aircraft which crashed off the shore near Dornach, in Sutherland Shire, Scotland, while engaged on non-operational exercises. Flying Officer Marstella has been in the RAAF for over 4 years, 2 ½ of which have been spent in England.

Cousins Thomas and Raymond Marstella are remembered with honour on the Stanthorpe War Memorial.