William Cammack, born in England, fought proudly for Australia in two wars. A Boer War veteran, he became an Anzac and was one of the first ashore at Gallipoli. In the Boer War, he was seriously wounded, suffering a fractured skull, and was not expected to make a full recovery. But when World War I broke out, William re-enlisted despite being 35 years old and having a wife and five children. He landed at Anzac Cove on the morning of 25 April 1915 and went forward to fight in the capture of McCay’s Hill, Plugge’s Plateau, and the ridges from Johnston’s Jolly towards Lone Pine. William’s time in the frontline lasted only a few weeks. He was killed in action at Bolton’s Ridge on 20 May. 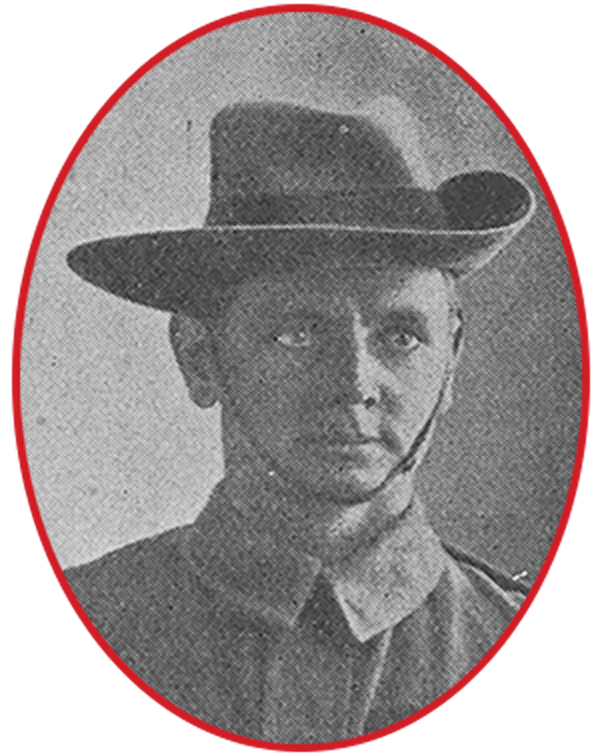 William was born around 1879 in New York, Lincolnshire, the son of William and Sarah Cammack. William and Sarah decided to start a new life for their family in Australia. Together with their children Alice, Harrison, Ada, James, and William, the Cammacks arrived in Brisbane aboard SS Jumra on 6 February 1888. From Brisbane, the Cammack family traveled north to set up home in Leigh Street, Townsville.

William enlisted with the First Queensland Mounted Infantry Contingent to serve in the Imperial war in South Africa against the Boers of the Transvaal and Orange Free State. The contingent, comprising 14 officers and 248 men, sailed from Brisbane aboard the steamer SS Cornwall, on 1 November 1899. Upon arrival in Cape Town, on 12 December, the contingent travelled by train to De Aar and onto Belmont, in the Cape Colony (Clark 1971, 5).

William’s Boer War service record shows that he was invalided to hospital in Townsville in August 1900 after suffering a fracture to the base of his skull while at Bloemfontein. In the report, a doctor wrote that he could hardly regard William’s case hopefully.

His eventual recovery though possible is more or less improbable. In any case it is imperative that he should lead a quiet and practically invalid life for some considerable time (probably years). I do not think that any operative measures are likely to be of the least benefit to him. At any time the supervention of inflammatory processes may prove fatal.

According to his service record, William was “sent to Stanthorpe Hospital for 2 to 3 months in the hope of effecting a cure”. William’s time recovering in Stanthorpe must have suited him. In January 1901, there is an encouraging note saying “letter from Sec. Stanthorpe Hospital – change seems beneficial already.”

Following his release from hospital, William settled on the Severn River, near Ballandean, and became a miner. On 14 May 1903, William married Helen Eadie Mungall at Park Hill, Ballandean, the home of Helen’s parents Robert and Jean. William and Helen went on to have five children: William Arthur, Clifford, Keith, Charles and Alice.

At the outbreak of World War I, William and his family were living in Oakey where he was the resident agent for the International Harvester Company. It appears he was a man of many talents. For the Roll of Honour, Helen wrote that William had also trained as a painter, sign-writer, and house decorator.

At the age of 35 years and six months, William enlisted on 1 September 1914 in Toowoomba, less than one month after Australia’s declaration of war. Despite the life-threatening injuries he had suffered during the Boer War, and a wife and five young children depending upon him, William again signed up to serve his country. William’s obituary, as reported in the Darling Downs Gazette, Toowoomba, on 21 June 1915, gives an insight into his sense of patriotism and duty:

He was instrumental in inaugurating the Oakey Patriotic Fund, by convening a meeting of citizens towards the end of last year, and at the meeting he was elected secretary of the fund. In numerous other ways he evinced his ardent patriotism, and by his enthusiasm encouraged a great number of young men to volunteer… [he] always took a prominent part in the town’s affairs.

William joined the 9th Battalion, Australian Imperial Force (A.I.F.). According to Norman Harvey, in his book, From Anzac to the Hindenburg Line, the 9th Battalion was “Queensland’s first contribution of infantry to the Great War” (Harvey 1941, 1). William and the rest of the early recruits to the 9th Battalion first assembled at Bell’s Paddock, Enoggera. They departed from Pinkenba Wharf aboard SS Omrah on 24 September 1914 bound for Port Melbourne. The battalion remained in Melbourne for three weeks training before setting sail for Albany. On 1 November, the SS Omrah sailed off to the war in Europe, together with the 35 other troopships and three escorting warships that formed the Australian and New Zealand First Contingent. 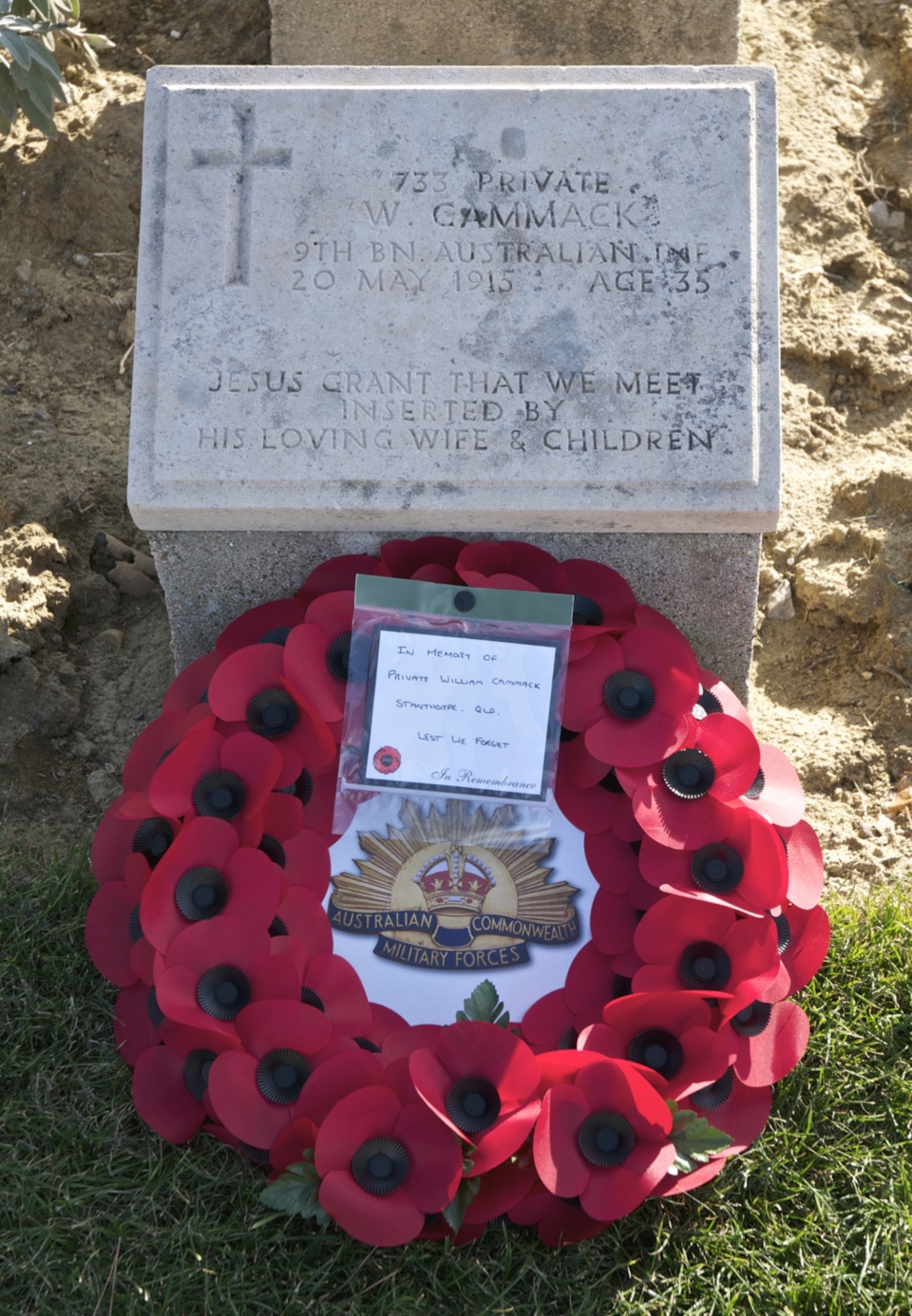 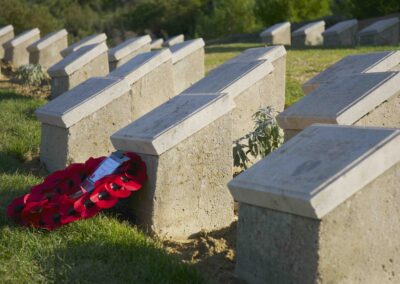 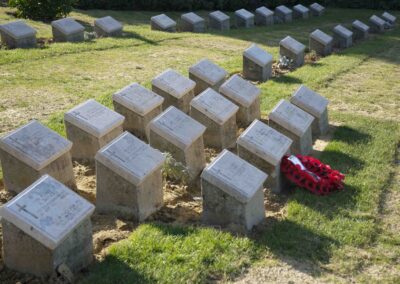 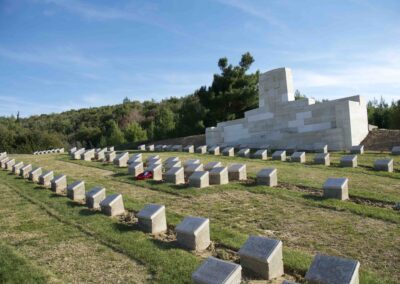 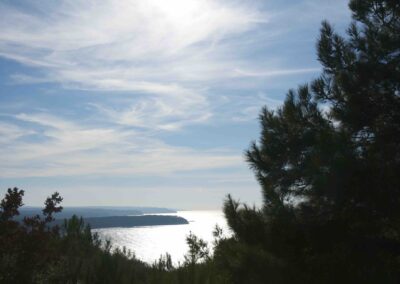 Harvey explains that on 28 November:

Some very unwelcome news was passed around: the battalion was to disembark at Port Said, instead of going on to England, as had been expected. Nothing was known of any fighting or proposed fighting in Egypt, and many of the men in their disappointment expressed their indignation in very ardent language-much of it peculiarly Australian. But as events turned out, the change of plan was to mean to the A.I.F. and to Australian and New Zealand all that is associated with the name ‘Anzac’ (Harvey 1941, 13).

SS Omrah docked in Alexandria, Egypt, on 6 December 1914. The 9th Battalion disembarked and set out for the Mena Camp, near Cairo. The battalion underwent months of vigorous military training, given it was not yet ready for active service.

On 27 February 1915, the Australian 3rd Brigade, consisting of the 9th, 10th, 11th, and 12th Battalions, was ordered to move from Egypt to Lemnos, an island about 50km from the Gallipoli Peninsula. William left Alexandria aboard SS Ionian on 2 March, bound for Lemnos.

During the seven weeks the 3rd Brigade spent on Lemnos, it put the finishing touches to its training, a great deal of attention being paid to practising landing from boats, followed by hill-climbing (Harvey 1941, 27).

On Saturday morning, 24 April 1915, the 9th Battalion boarded the destroyers that would take them to the landing at Anzac Cove. The 3rd Brigade was planned to be the northern covering force of the attack at Gallipoli. After landing at Ari Burnu, at dawn on 25 April, the brigade was to advance and capture Battleship Hill and Hill 971. The 9th Battalion was to be on the extreme right of the advance and was to capture an artillery battery above Gaba Tepe as well as Anderson Knoll.

Tradition has it that it was a 9th Battalion boat that was the first to ground at 4.30 a.m., and a number of its men had already reached the bank at the far side of the beach when the first shot was heard. (Harvey 1941, 40).

Upon landing, it became apparent the 9th Battalion had come ashore about 1.6km north of the intended landing place. It had been impressed on the men that after landing they had to advance at all costs. The men of the 9th Battalion began to climb the steep hills in front of them – hills that were covered with thick, thorny scrub, making it difficult for them to force their way through (Harvey 1941, 41).

After capturing McCay’s Hill and Plugge’s Plateau, the 9th Battalion, now mixed up with other battalions of the 3rd Brigade, continued its advance. The battalion took 400 Plateau and moved the front line to the ridges along Johnston’s Jolly, Owen’s Gully, Lone Pine, and south to Bolton’s Ridge. A number of men of the 9th Battalion made their way as far forward as Gun Ridge, where they had a view of the Dardanelles Strait on the other side of the peninsula, before being forced to withdraw.

By about 1 p.m. the tide of the battle definitely turned in favour of the enemy, and by 2 o’clock the Australians were gradually falling back to what was to become their permanent line until the August offensive (Harvey 1941, 53).

From the beginning of May, until the 9th Battalion withdrew in November, the battalion spent most of its time in the trenches in the front line at Bolton’s Ridge or in reserve trenches cut into the rear of the hillside.

On 19 May 1915, the Turks launched a great attack along the whole of the Anzac front with the object of throwing the invaders into the sea” (Harvey 1941, 69). In this attack the 9th Battalion suffered 16 men killed and another 25 wounded. The Turkish casualties were very high, with over 200 dead Turkish soldiers counted in front of the 9th Battalion lines (Harvey 1941, 71).

According to the War Diary of the 9th Battalion, on 20 May at 7pm, the enemy advanced under the cover of a white flag and stretcher parties and then attacked. The attack lasted until 8pm.

Private William Cammack was killed in action that day. Although William’s service record states he was killed at Gaba Tepe, the 9th Battalion was in the frontline at Bolton’s Ridge, to the north of Gaba Tepe.

Williams obituary in the Darling Downs Gazette on 21 June 1915 began;

News was received in Oakey yesterday of the death of one of Oakey’s first volunteers, Private W. Cammack who has been killed in action at the Dardanelles… the Rev.R.H. Wotherspoon, Presbyterian minister, whose painful duty it was to apprise Mrs. Cammack, of the fact that her husband was no more. Private Cammack was almost the first resident of Oakey to proffer his services to the authorities. He leaves a widow and five young children, to whom the sympathy of all goes out in their loss, the sense of which can only be softened by the knowledge that their husband and father died nobly in the service of his King and country.

William was buried in Shell Green Cemetery at Gallipoli. The epitaph on his headstone reads:

JESUS GRANT THAT WE MEET

Helen and the children were living at Fletcher Siding, near Ballandean, in 1919. In June 1922, William’s medals were sent to Helen who had since moved to Eagle Junction in Brisbane.

Lorene Long, curator at the Stanthorpe Heritage Museum, recalls that William and Helen’s son, William Arthur “Wal”, was a regular visitor to Stanthorpe and would often drop by the museum and speak with Lorene. Wal died in 1992 and is buried at Dayboro, Queensland.

Harvey, Norman. (1941). From Anzac to the Hindenburg Line. The History of the 9th Battalion A.I.F. 1st edition. William Brooks and Co., Brisbane.