Lance Corporal William Henry Burns was the first casualty of World War I from the Granite Belt. Aged just 22, he spent only one week in the frontline at Gallipoli before he was killed on 2 May 1915. William is the T Burns remembered with honour on the Stanthorpe War Memorial. According to the Australian War Memorial Roll of Honour, there were 59 Australian servicemen with the surname Burns who died in World War I. William is the only one with a strong family connection to the Granite Belt. 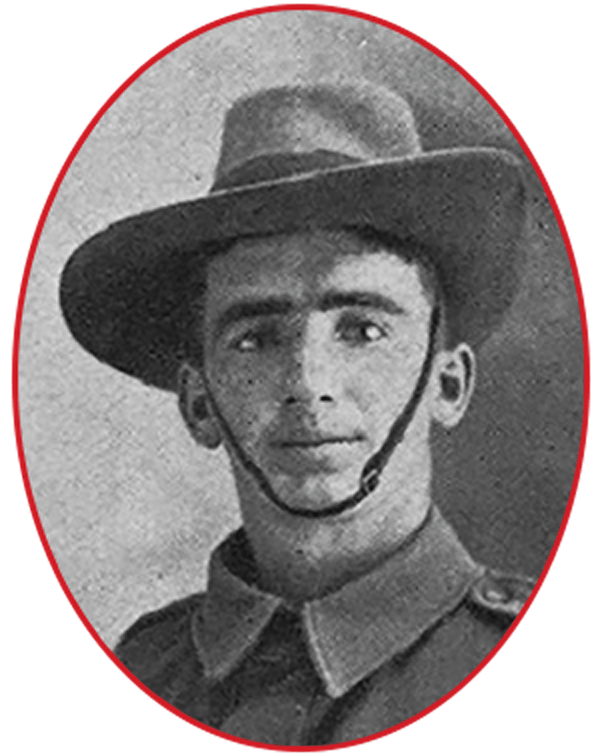 Why William is remembered as “T Burns” is unknown. He may have been known as “Tommy”, named after World Heavyweight Champion boxer Tommy Burns who fought a title fight against Jack Johnson in Sydney, on Boxing Day, 1908.

William was born at Koorangarra, on the Darling Downs, on 25 February 1893. He was the youngest of four children born to Thomas and Margaret Burns. Thomas was working as a stockman on Western Creek Station at the time. Tragically, Thomas was killed when he fell from his horse, fracturing the base of his skull, when William was just 21 months old. Margaret died of a degenerative heart condition in the Stanthorpe General Hospital on 16 July 1914 and was buried the next day in the Stanthorpe Cemetery.

Just over two months later, on 21 September, William enlisted in Dalby from where he moved to the Enoggera Camp, Brisbane. William’s sister, Rose Hannah Bradby, was named as his next of kin. Rose lived at Mulgowan, near Dalveen, and later in Sugarloaf Road, Stanthorpe. His older brother, Francis Thomas (Frank) Burns, served with the 26th Battalion Australian Imperial Force (A.I.F.) and after the war, returned to live at the Soldier’s Settlement, Ballandean. For the Roll of Honour, Frank wrote that his brother William was a labourer by trade.

William was one of the first to enlist in the newly formed 15th Battalion and was appointed Lance Corporal. He joined one of the six Queensland companies that left by train from Brisbane for the Broadmeadows Camp, Melbourne, on 22 November. William sailed from Port Melbourne on active service on 22 December, aboard SS Ceramic.

On 3 February 1915, William disembarked at Alexandria Harbour, Egypt, and traveled by train to the battalion training camp near Heliopolis. The battalion underwent several months of extensive training, including field days and route marches in the desert (Chataway 1948, Introduction). On 10 April, the battalion returned to Alexandria, where it boarded ships bound for Mudros Harbour, and onto the Gallipoli Peninsula.

William was part of C Company that landed at Anzac Cove on the morning of Monday 26 April. When ashore they ate a hasty meal before moving up Shrapnel Gully to a point behind Courteney’s Post, where the 15th Battalion Headquarters was located. Orders were then given for the men to move up on to the high country (Chataway 1948, 9). The next morning, C Company took over the position at Quinn’s Post. Here, they dug in as best they could in an attempt to get cover.

The men in the Post found it was impossible to do anything during daylight hours owing to the activity of snipers (Chataway 1948,26). 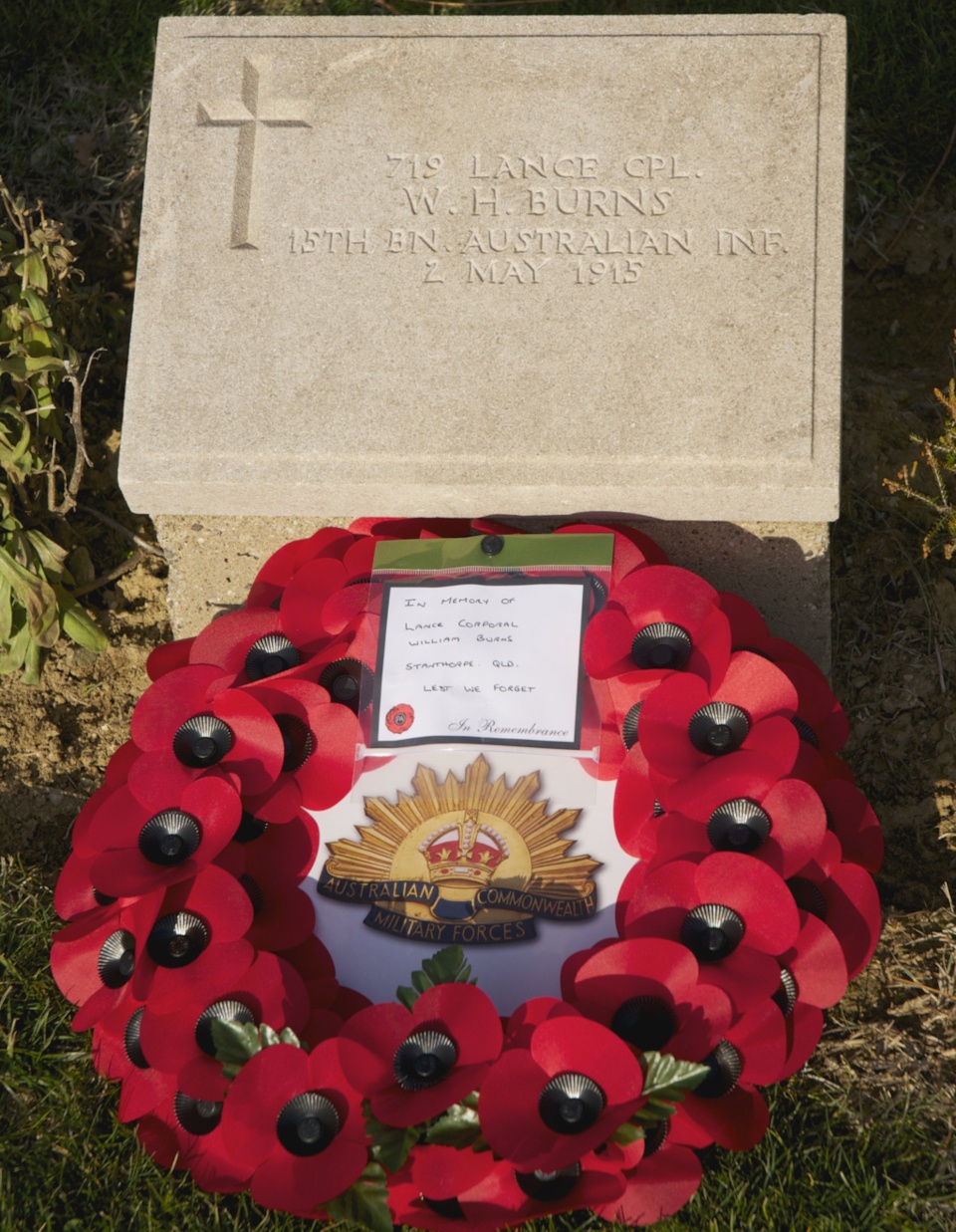 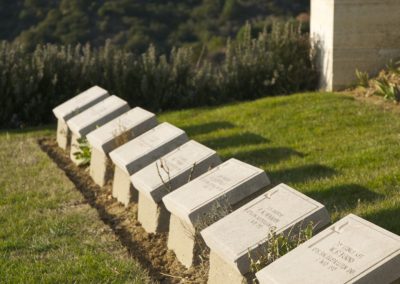 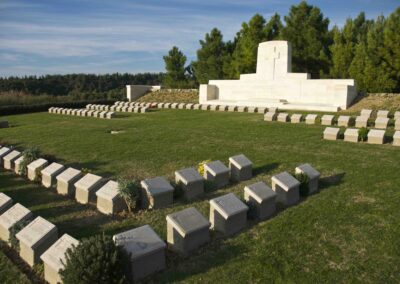 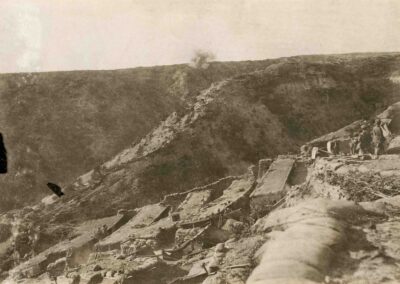 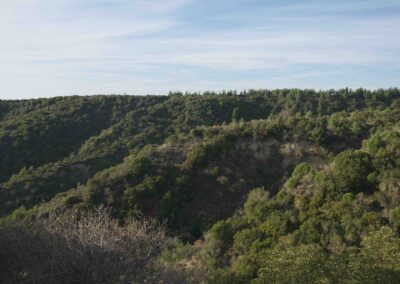 By Wednesday 28 April, the 15th Battalion had taken positions at Razorback, Courteney’s and Steele’s Post, Pope’s Hill, and Bloody Angle. These were the locations of some of the fiercest fighting during the Gallipoli campaign.

Before the charge took place the battalion suffered quite a number of casualties while merely holding the line. (Chataway 1948, 19)

William was one of these casualties. He died of wounds on 2 May and was buried at Quinn’s Corner the same day by Chaplain Frederick William Wray.

The Australian Department of Veterans’ Affairs website “Gallipoli and the Anzacs” explains that Quinn’s Post was established on the afternoon of 25 April 1915 by a New Zealand machine-gun crew but was taken over by Australians the following day. On 29 April, Captain Hugh Quinn of the 15th Battalion A.I.F., after whom the post was named, took over command of the position that quickly earned a reputation for being the most dangerous place on Anzac. At 2.30am on that day Chaplain Wray made the first of almost daily trips to bury the dead at Quinn’s.

His diary during the early days of the campaign revealed the frequency of his visits:

In 1923, Lance Corporal William Burns was re-interred in the Popes Hill Plot of Quinn’s Post Cemetery.

Although he survived the war, William’s older brother Frank was twice wounded in action. While in England, recovering from being gassed, Frank married Agnes Mary Boulton on 13 July 1918. Frank and Agnes had five children that survived infancy. William’s war medals were sent to Frank while he was living at Ballandean in November 1921. Agnes died in 1942, at the age of 47, from a chronic heart condition. Later in his life, Frank married Adelaide Pacey in Stanthorpe. Frank died in 1972, aged 81, and is buried in the Stanthorpe Cemetery.