A postcard sent by a Stanthorpe soldier has cast a different light on the picture of his Gallipoli involvement that had emerged from his service records. Trooper William Sharpe, who was wounded at Gallipoli, sent the postcard about one month before he died. His service records show that he landed at Anzac Cove on 6 August 1915 as a reinforcement for the vast Allied August offensive. William fought as an infantryman with the 2nd Light Horse Regiment. He appears to have spent only one or two days on the front line before being wounded, but the postcard suggests he may have fought at Gallipoli a few months before the official record indicates. William arrived in Malta on 12 August, aboard a hospital ship, suffering severe wounds of which he died the next day. 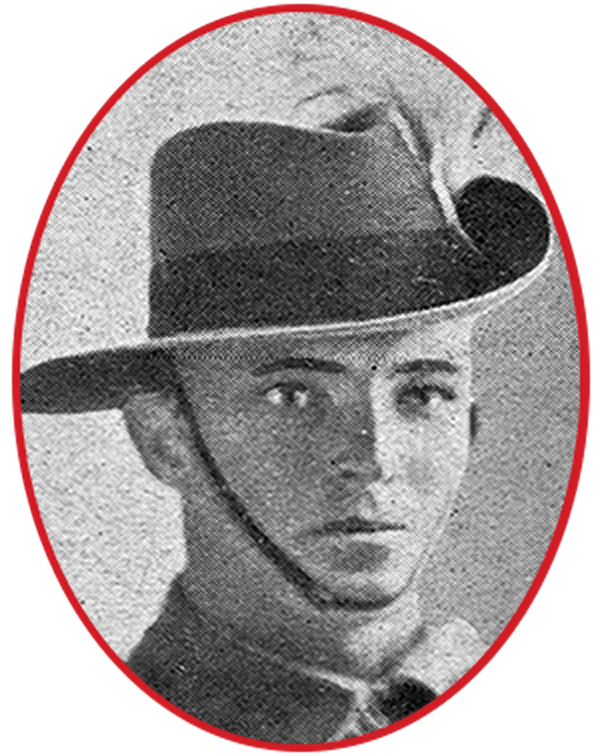 William, the son of David and Emily Sharpe, of Glenlyon, was born at Pikedale and attended school at Glenlyon and Warwick. Before enlisting for war service, William worked as an engine driver at the Silver Spur Mining Company, a silver, lead, gold and copper mine situated east of Texas, Queensland. On 12 December 1914, William enlisted in Warwick, aged 25, and joined the 3rd reinforcements of the 2nd Light Horse Regiment.

Along with one officer and 52 other men of the 3rd reinforcements, William left Brisbane on active service on 9 February 1915 aboard HMAT Itria. After 44 days sailing, he disembarked in Suez, Egypt, where he trained with his regiment as an infantryman to prepare to fight at Gallipoli. Service records show William sailed from Alexandria, Egypt, on 1 August, landing at Anzac Cove on 6 August where he joined C Squadron of the 2nd Light Horse Regiment.

William had landed at Gallipoli four days after Private Thomas Marstella, also of Stanthorpe, who was killed in action on 9 August 1915.

Upon William’s arrival at Gallipoli, the 2nd Light Horse joined the August offensive against the Turkish positions.

The massive offensive …entailed a major advance over the main Sari Bair range by three columns of British, Australian, Indian and New Zealand infantry, assisted by a British landing at Suvla Bay. In addition to the big diversionary attack at Lone Pine, Australian light horse regiments would make diversionary attacks from the Nek, Pope’s Hill and Quinn’s. (Stanley 2005, 134)

Major Bourne ordered the first wave to charge. Major Logan and Lieuts. Norris and Burge gallantly led out their men amid a perfect hail of lead. Many were hit as they leapt from our trenches- some got ten yards – every man but one was hit, most of them in a dozen places. Seeing the enemy was so fully prepared, that the other parties, if the attack were persisted in, must be annihilated as the first was… Major Bourne ordered the second line to stand fast pending further orders… To have pressed the attack would have been futile waste of gallant lives… Major Logan and Lieut. Burge were killed and Lieut. Norris was wounded. 14 men were killed and 36 were wounded. (Bourne 1926, 23) 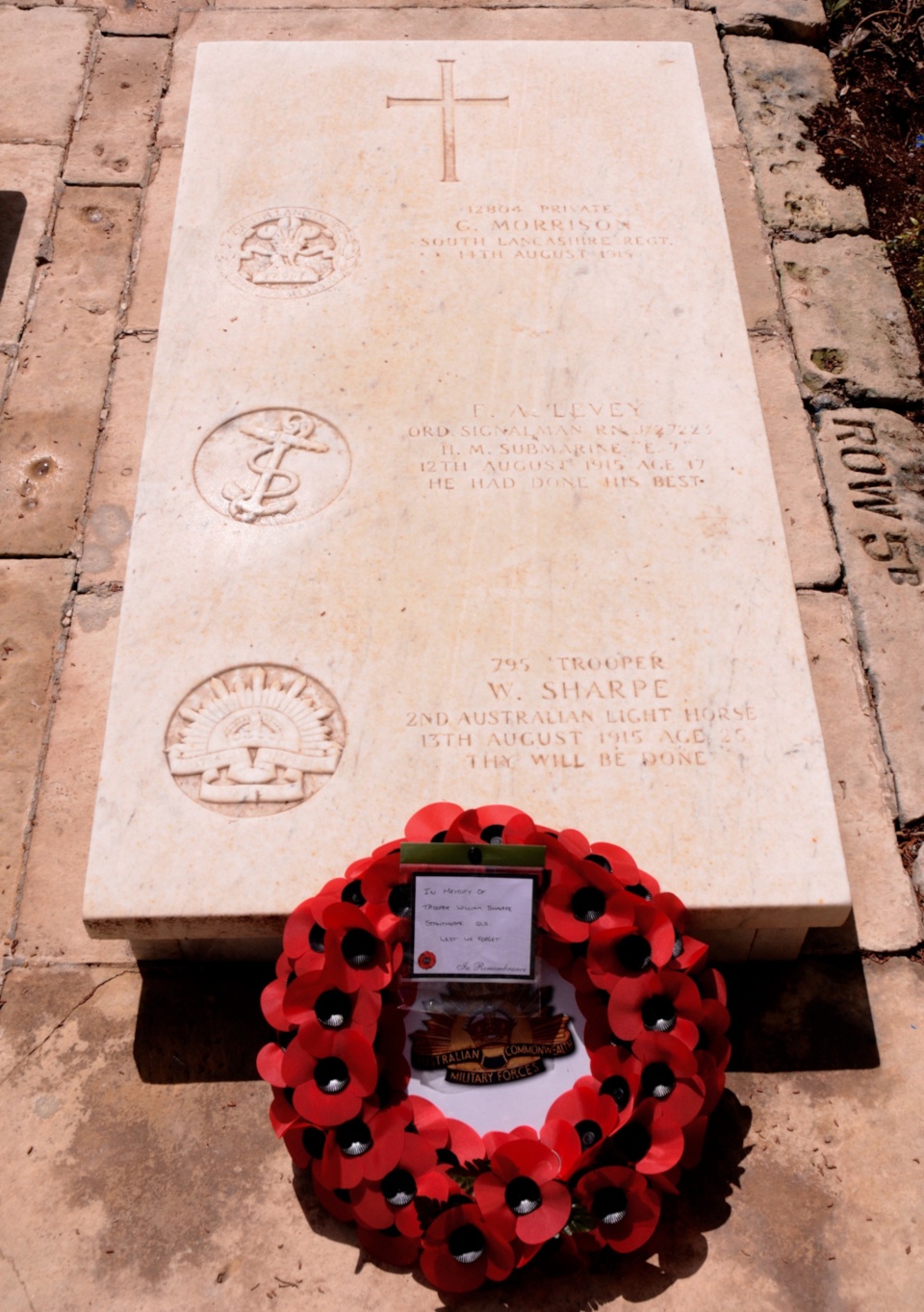 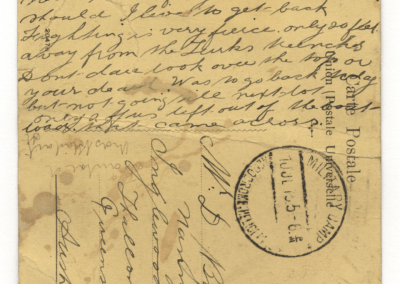 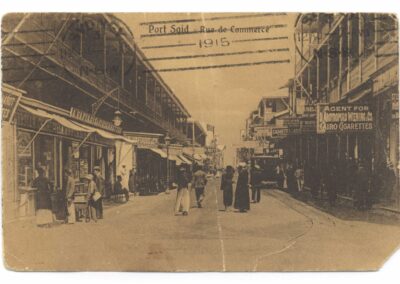 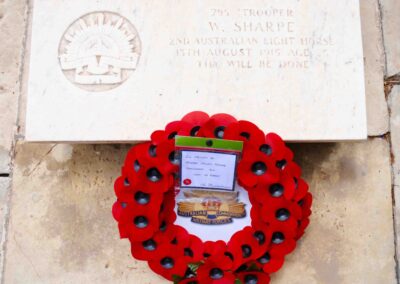 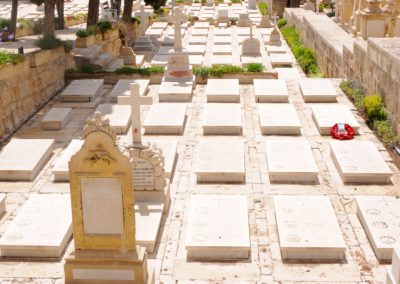 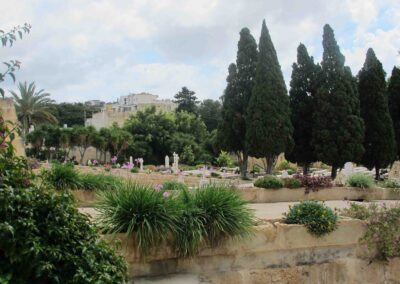 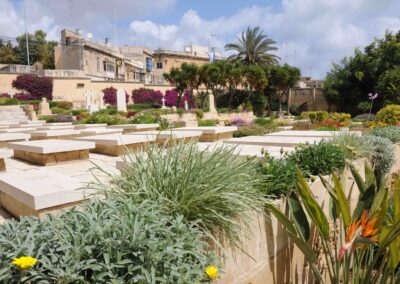 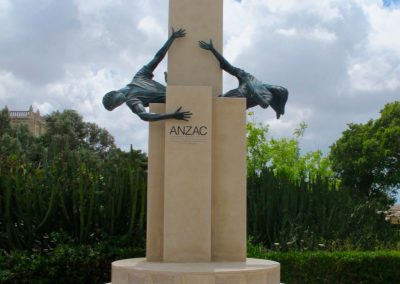 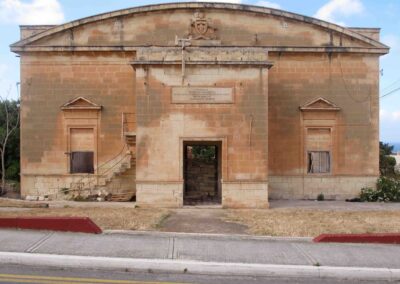 It appears William was one of those wounded in the fighting on or around 7 August. His service record shows him arriving in Malta, around four day’s sailing from Gallipoli, aboard the hospital ship Dunluce Castle on 12 August. William was suffering from severe gunshots wounds to his chest and back. On 13 August 1915, Trooper William Sharpe died of wounds received in action and was buried in Pieta Military Cemetery by Reverend M.P. Dodd.

William shares his grave with two other servicemen who died in World War I: 17-year-old Signalman Frank Levey of Essex, England, who served aboard submarine E7, and Private George Morrison from the 6th Battalion, South Lancashire Regiment. According to the Commonwealth War Graves Commission:

The earth is shallow on Malta and during both wars, many joint or collective burials were made as graves had to be cut into the underlying rock.

The epitaph on William’s headstone reads:

There is a photograph of William, published in 1919, in Australia’s Fighting Sons of the Empire. Portraits and Biographies of Australians in the Great War.

The following biography accompanies the photograph:

Private William Sharpe (795), a son of David and Emily Sharpe, of Glenlyon Station, Stanthorpe, QLD., was born at Pikedale and educated at Warwick. He enlisted at Stanthorpe in December, 1914, and went into camp just before Christmas. He was only in camp a short time, and sailed for Egypt on 8th February, 1915. He was some time in Egypt, and on going to Gallipoli was mortally wounded during his first battle on 7th August, 1915, and died of his wounds in the Malta Hospital on 13th August, 1915. 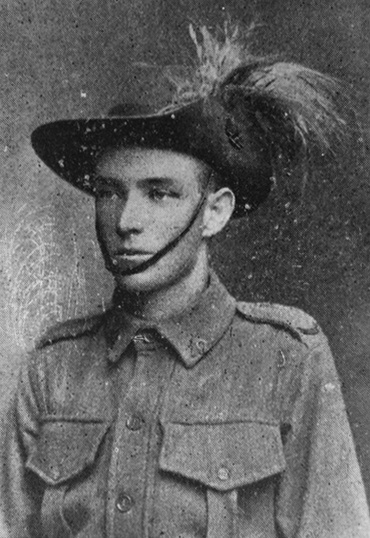 Since the appearance of the Stanthorpe Border Post article based on William’s service records, Matthew Byrnes, of Brisbane, has contributed significant detail to the broader picture of William Sharpe. Matthew is the grandson of a close friend of William’s, David Byrnes, who lived at “Roseburn” on the Stanthorpe to Texas road, near “Glenlyon Station”. Matthew explained that David and William grew up together and corresponded during the war. According to Matthew, the Sharpe family lived at “Glenlyon Station” where William’s father David was an overseer and a renowned stockman.

A postcard that William Sharpe sent to David Byrnes in early July 1915 has been passed down to Matthew. The postcard raises the prospect that William fought his first battle at Gallipoli in May 1915, and not August.

William was in camp at Heliopolis, near Cairo, when he wrote the postcard. It reads:

Dear Dave.
Just to let you see that I still turn my thoughts in your direction. Have saw some funny sights. Never will forget this ever (?) should I live to get back. Fighting is very fierce. Only 20 feet away from the Turks trenches. Don’t dare look over the top or your dead. Was to go back today but not going till next lot. Only a (few) of us left out of the boatload that came across.

The postmark on the card is 10 Jul 15 and it is clear that William is writing that he has already been in the fighting at Gallipoli by this date. The postmark appears to be accurate as when William wrote ” was to go back today” this corresponds with 9 July which was the day when many of the 3rd Reinforcements of the 2nd Light Horse Regiment left Egypt for the Dardanelles. It is frustrating that his service record provides no details of William fighting at Gallipoli before August.

However, information can be pieced together that suggests how William may have been to Gallipoli before August. William left Brisbane aboard HMAT Itria on 9 February 1915 as part of the 3rd Reinforcements of the 2nd Light Horse Regiment. Also onboard were the troopers of the 2nd Reinforcements. HMAT Itria arrived in Egypt on 24 March 1915 and two members of the 2nd Reinforcements left Egypt for Gallipoli with the 2nd Light Horse on 9 May. Lieutenant Eric Boyd was severely wounded in action on 13 May at Gallipoli and Trooper Ernest Butler was wounded in action on 14 May and subsequently died on 16 May. Therefore, William was in Egypt in time to join the main force of 2nd Light Horse Regiment when it departed for Gallipoli on 9 May.

When William wrote “only a (few) of us left out of the boatload that came across”, it is unlikely that the boat he was referring to was HMAT Itria.  By 10 July, Trooper Ernest Butler was the only soldier to have died in action from the 2nd or 3rd Reinforcements. This is not the case of the men aboard HT Devanha and HT Kingstonian that transported the 2nd Light Horse Regiment from Alexandria to Gallipoli on 9 May.

The 2nd Light Horse Regiment landed at Anzac Cove on the morning of 12 May. They moved into position at the front line at Quinn’s Post and on the night of 14 May C Squadron attacked the enemy’s position. Lieutenant Colonel Bourne wrote:

Our assaulting parties had hardly mounted the parapet when they were met by showers of bombs and a tremendous volume of rifle fire… of the 60 men who made this sortie 25 were killed and 21 wounded (Bourne 1926,16)

It is more likely that William wrote about the men he may have sailed with on either HT Devanha or HT Kingstonian.

The lack of accurate records regarding William’s time at Gallipoli means it remains a mystery as to how he made his way there and then back to Egypt. It is possible that William left Alexandria on 9 May to join the fighting at Gallipoli. He may then have been slightly wounded or fallen ill and have been shipped back to Egypt from where he left again on 1 August.

What is beyond doubt is that he arrived in Malta on 12 August, suffering severe gun shot wounds, and that he died the following day.

Anzacs, Malta, and World War I

The hospitals and convalescent camps on Malta dealt with more than 135,000 sick and wounded troops, mainly from the campaigns at Gallipoli and Salonika from 1915 onwards, according to the Commonwealth War Graves Commission. Many soldiers died from their wounds and Pieta Military Cemetery contains the graves of 1,303 casualties of World War I. There are also 166 burials from World War II.

Trooper William Sharpe is one of 204 Australian and 72 New Zealand servicemen from the World War I buried on Malta.

In May 2013 a new memorial was inaugurated in memory of the Anzacs who lost their lives at Gallipoli and during World War II. On its steps are recorded the names of those Anzacs who died for their country. The memorial stands in the Argotti Botanical Gardens in Floriana, not far from Pieta Military Cemetery.

The Anzac presence in Malta during World War I is also recognised by the naming of Triq ANZAC or ANZAC Street in Pembroke, Malta. On this street are the remains of Australia Hall. Although now derelict due to severe fire damage in 1998, Australia Hall stands as a monument to the Anzacs on Malta and the Australian Coat of Arms is still clearly visible above the front door. The Australian Branch of the Red Cross built the hall for the benefit of the soldiers of the empire. It opened in January 1916 and was extremely popular with the Anzac troops and the doctors and nurses from the nearby hospitals and convalescent camps. Dances, stage productions, and other forms of recreation were held regularly. On a busy night well over 2,000 soldiers would pack into the hall.

Australia’s Fighting Sons of the Empire. Portraits and Biographies of Australians in the Great War. (1919). Sydney. B.Jackson and Co. p. 359.